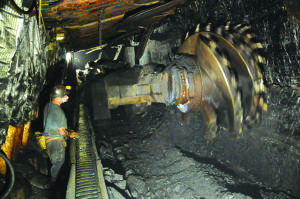 A shearer operator cuts coal at a PGG longwall mine.

The plan to shut down the last mine owned by Poland’s bigger coal firm PGG in 2049 was initially decided in September, but trade unions demanded more clarity on severance pay, job guarantees and the impact on the Silesia coal region.

“We managed to reach an agreement, to agree on a social contract that shows the future of mining until 2049,” Deputy State Assets Minister Artur Sobon said. The final deal was signed on April 28, he added.

Details of the agreement have not been disclosed, but a trade union representative told Reuters that the closure timetable for the mines has not changed.