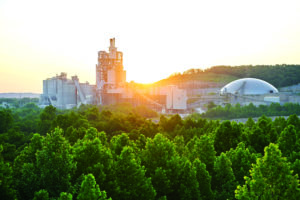 LafargeHolcim, Geocycle and CenterPoint Energy have embarked on a multiyear initiative to recycle more than 6 million tons of coal ash for beneficial reuse in producing cement.

“This milestone is a tangible example of how industry participants together can develop creative and efficient solutions that contribute to the circular economy,” said Toufic Tabbara, CEO, US Cement for LafargeHolcim in the U.S. “Together, LafargeHolcim, Geocycle and CenterPoint Energy will avoid landfilling for power plants and reduce the consumption of non-renewable raw materials.”

The teams recently shipped the first barge of nearly 2,000 tons of the reclaimed material — containing mostly bottom ash with some fly ash — from the 165-acre pond at CenterPoint Energy’s A.B. Brown plant. Geocycle has managed the ongoing initiative between LafargeHolcim and CenterPoint Energy since 2009.

With careful material sourcing and testing, this initiative advances the treatment of ponded coal-ash material for beneficial reuse in the production of more environmentally friendly concrete mixes, according to the companies. This beneficiation technology, which included trials on CenterPoint Energy’s ponded coal ash, is being deployed in select markets that are experiencing fly-ash shortages due to the retirement of coal-fired power plants.