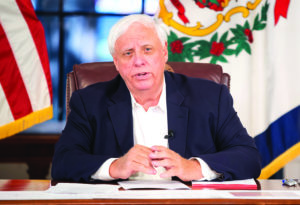 Bluestone Resources, an Appalachian-based met coal operator owned by West Virginia Gov. Jim Justice, has offered a settlement of $300 million and half the value of Bluestone to Credit Suisse Group AG. The offer is to settle loans with failed Greensill Capital, and Credit Suisse managed the funds that were the main source of cash for Greensill’s lending business.

The Justice family borrowed $850 million from Greensill, according to the Wall Street Journal. Credit Suisse has told investors that Bluestone owes it nearly $700 million. Although spot prices for met coal are currently trading at high levels, the value of Bluestone is unclear as well as their ability to raise the $300 million.

In related news, the Justice family reached an agreement with Carter Bank & Trust over a dispute of $368 million in loans. Justice group of companies attorney Steve Ruby said they “successfully concluded a number of matters relating to CB&T, one of the companies’ long-time ﬁnancing partners,” as reported by WV MetroNews.

The agreement means Carter Bank will dismiss legal actions that were ﬁled in Virginia circuit court while the Justice hospitality and coal companies will dismiss a federal lawsuit seeking $421 million in damages against the bank and its directors.

Justice sued CB&T in federal court May 31 over millions of dollars in loans that were coming due the next day. That lawsuit claimed the bank was restrictive and the relationship between the two had become hostile.

Lawyers for CB&T argued that the lawsuit was meant to stall payment on the loans. The lawyers said the Justices stopped making payments due on more than $300 million in loans, making the companies delinquent on payments that were due June 1, July 1 and August 1. Carter had ﬁled a suit regarding $58 million in loans that were guaranteed by Gov. Justice and his wife, Cathy.

Ruby said under the terms of the deal, the loans have been restructured and are in good standing and the Greenbrier and Bluestone and Justice farms are proﬁtable, and this would give the companies cash to pay off their loans.