They say everything in Texas is bigger—not anymore. Wyoming now has the bragging rights to being the home of the world’s largest mining truck body by volume. The record setting event took place June 16, 2011, at Peabody Energy’s North Antelope Rochelle mine. The body was designed and manufactured by Westech for a Liebherr T282C Ultra Class haul truck that set the record at 447.3 tons, or a volume of 615.2 cubic yards. The Guinness World Book of Records officially recognized the record July 19, 2011.

Based in Casper, Wyo., Westech is recognized as a world leader in engineering and manufacturing of off highway, mining truck bodies. The company prides itself on innovative mine-specific designs. Its truck bodies can be tailored to fit all of the major original equipment manufacturer (OEM) chassis. More recently, the company introduced the patent-pending Flow Control Body (FCB) design, which assists with the unloading process. The world’s largest truck body has a FCB design.

Building and transporting the world’s largest truck body was an engineering feat. Before the first pieces of steel were welded together, engineers designed, modeled and tested the body. The sheer size was a challenge even for the engineers accustomed to working with large equipment. Working with the OEM (Liebherr) and Peabody Energy, the new truck body is meeting expectations and Westech expects to build more.

The Ultimate Monster Truck
When word began to spread about the new record coal body, many people wrongly assumed this was something new for Westech. The reality is the company has been setting the bar for a while. “In 2004, we performed an internal review and decided to re-invent the company,” said Steve Shellenberger, president, Westech. “We had been building bodies quite successfully for a while and decided to move in a different direction. We wanted to take an extremely mine-specific approach, meeting customer’s exact needs, rather than simply offering them something generalized with add-ons. In this case, we had a customer come to us with a request to see if a real coal body could be designed for the Liebherr T282C.”

Peabody Energy approached Westech in August 2010 and the company was soon reviewing preliminary engineering drawings, estimating what the project would encompass, and what the body would look like. “We looked at this project from every imaginable aspect, shop configuration, handling the unit and transportation to the mine site,” said Rick Reynolds, chief engineer, Westech. “We finished the engineering in March. We didn’t spend all of our time working on it, but we probably committed seven weeks, including the finite element analysis [FEA], working with Liebherr, and Peabody Energy, looking at the configuration of the mine and how that body would fit into the mine plan.”

This is not the first time Peabody Energy approached Westech on a project of this magnitude, explained Rich Peters, sales manager, Westech. “Working with another Peabody mine, we were asked to create a combination body for a 240-ton Cat 793. The truck was not intended to work with a combination body. Previous combo bodies would create a situation where the front end would come up off the ground. Using a new method, we were able to design a body with a new floor design, the Flow Control Body. The FCB design created a more efficient and stable platform for the Cat 793. Because of that succcess, it is being used on the T282C to help control the truck’s stability as far as the distribution of the weight especially during discharge.”

The FCB configuration allowed Westech to move forward with the T282C much more quickly than starting from scratch. It not only allowed Westech to achieve the world record, it also helped improve the safety factor, Reynolds explained. “When 400 tons of coal discharges from a haul truck, it can be quite devastating,” Reynolds said. “We have designed a floor that helps the flow of material come out of the body at a steady pace. There are many benefits. The dump point doesn’t see a massive surge. The stilling shed is able to handle dust control more efficiently. When the coal pours out steady, it goes smoothly down the chute to the crusher rather than creating a massive rebound of dust.” Working with a 240-ton Cat 793, one can easily imagine the difference it would with 400 tons.

Constructing the body required a great deal of engineering design and planning. Liebherr was very helpful in providing technical assistance on the T282 chassis. “Size wise and material wise, we were very selective about the steels we use,” said John Trongard, design engineer, Westech. “We optimized the use of steel throughout the body to minimize weight and improve wear.

“This T282C body was so big we had to design a special dolly to give it enough headroom to maneuver it around the welding bays and paint shop,” Trongard said. “We had to give a lot of thought to whether would could get it out of the shop once it was built. We only had about 2 inches of clearance on each side to get it out the door.”

How they ship from other manufacturing sites to the mines would be different than how it was handled here, Peters admits. “We were able to ship this body to the mine in one piece, which was a mammoth effort in itself, working with the local authorities, the State of Wyoming and DoT folks, etc.,” Peters said. “We can ship the body in multiple pieces to any location.”

Engineering & Design
This T282C truck body was designed for one specific purpose: hauling coal. Westech believes it should last just as long, if not longer, than any of its other truck bodies. “We recently revisited the first Flow Control Body and it is performing above expectations,” Reynolds said. “We have very high expectations for this body.”

“The low amounts of wear could be directly attributed to the floor in the Flow Control Design,” Trongard said. “Controlling the load really reduces the wear.”

“Before Westech builds a body, it studies the mine in detail looking at the entire haulage and loading cycle. “We try to understand the mines loading equipment, the loading policy, the haul roads, and even the blasting program,” Peters said. “We go as far as looking at fragmentation to determine the muck pile consistency. When that Westech body arrives in the pit, it fits right into the operation.

The Westech engineering team used Pro Engineering software to model the truck body. They performed two finite element analysis (FEA) studies using ANSYS software. “The company performed an FEA to identify problem areas, fixed those areas, and then followed with a second FEA to verify,” Reynolds said. “We also used an engineering discrete element modeling [EDEM] software to observe how the coal would flow from the body at discharge.”

In addition to the software, Westech worked with Liebherr to identify areas of concerns as far as speeds, dumping and cornering. “When that truck rolled up on the scale for the study that led to the world record, the splits were dead on just as the OEM requires,” Peters said. “We were right on the mark from a design standpoint. We heard some really good feedback from the operator.”

Westech is currently building FCBs for the Komatsu 960E and Shellenberger is already planning for a large manufacturing facility. “We built our main structure in 1990 to accommodate what we thought back then would be the biggest body, the 240 ton haul truck,” Shellenberger said. “I suspect we will keep making bigger doors.” The company expects to build more than 500 custom bodies this year. 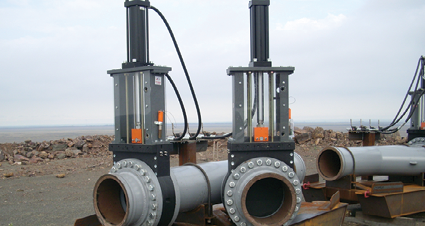 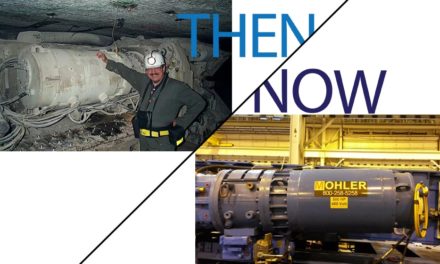 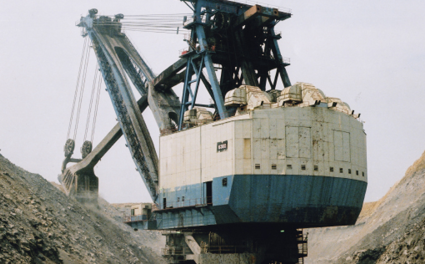