The latter has been of growing interest as the nation moves closer to implementation of the U.S. EPA’s Mercury and Air Toxics Standards, also known as the MATS rule. As natural gas plants are not covered under MATS, a possible conversion of some coal plants to natural gas has become a compliance option worth examining for generators.

A number of steam turbine coal plants across the nation have the capability to burn both natural gas and coal and may be a starting place for identifying possible plants for conversion. SNL Energy examined plant fuel burn data to identify plants capable of burning both fuels.

Overall, 197 facilities with a total operating capacity of 78,544 mw have been identified as using coal and natural gas for electricity generation during at least one month since 2008. For those plants, the volume of gas burned increased 11% in 2011 compared to 2008. During the same period, the volume of coal burned by the plants fell 9%.

While plants capable of burning both fuels have increased their usage of natural gas in the low-gas-price environment, the overall increase in gas consumption has been minimal. This reflects the fact that most plants do not have units capable of burning natural gas alone and instead use gas largely during periods of startup. Some of the increase in natural gas burned can be attributed, then, not to a switch at the facility from coal to natural gas but rather to a switch to using natural gas in lieu of oil during periods of startup. Many coal plants have also moved away from baseload operation in recent months, which has increased plant cycling and the number of startups, thus increasing the amount of startup fuel burned. While many coal plants burning some natural gas may not have full capability to burn all or mostly gas at some units, there may be some value in identifying plants that burn both fuels.

Plants
The top 20 power plants accounted for roughly 40% of the total operating capacity of the plants that burned coal and natural gas in 2011. The James H. Miller Jr. station, owned by Alabama Power Co. and PowerSouth Energy Cooperative, was the largest power plant burning both fuels in the U.S. The plant has an operating capacity of 2,739 mw and is in SERC. Miller burned 1.3 million cubic feet (Mcf) of natural gas in 2011, which was more than double the volume of natural gas it burned in 2008. The quantity of coal burned at the plant declined slightly in 2011, falling 2% compared to 2008.

The Four Corners plant in New Mexico was the second-largest plant that burned both fuels in 2011. Four Corners, which is jointly owned by various parties and operated by Arizona Public Service Co., has five units with an aggregate operating capacity of 2,100 mw. It burned approximately 650,000 Mcf of natural gas in 2011, which is an increase of 76% from 2008, when it burned only 370,000 Mcf of natural gas. The delivered natural gas cost at Four Corners decreased significantly in 2011. The price fell from approximately $13 per Mcf in 2008 to $7.50 per Mcf in 2011, a decrease of about 42%. The price for coal during the same time period fell by only 7%. The Harrison power plant, owned by Allegheny Energy Supply Co. and Monongahela Power Co., comes in third in the list of top 20 power plants burning coal and natural gas in 2011. The Harrison County, W.Va., plant’s three units burned 4.6 million tons of coal in 2011, which was down 18% compared to the coal burned in 2008. The amount of gas burned at the plant increased 34% over the same period.

Data for SNL Energy’s analysis is based on planned coal unit retirements with a firm retirement year that was either publicly disclosed by the company or confirmed by SNL Energy.

Coal retirement announcements came fast and furious in 2011 after the U.S. The EPA finalized its Cross-State Air Pollution Rule and unveiled its Mercury and Air Toxics Standards, but confirmations slowed in early 2012 as implementation of CSAPR and MATS became bogged down in court.

While both rules were being challenged, utilities announced new retirements of confirmed projected retirements. The past few months have seen a noticeable uptick in either new retirement announcements or confirmation of projected retirements. Most recently, Duke Energy Corp., in late July, announced it will retire its H.B. Robinson coal plant in South Carolina and accelerate the closure of its Cape Fear station in North Carolina. Both plants will be shuttered by October 1. Duke also recently filed plans with Indiana regulators to retire four units at its coal-fired Wabash River station in 2015.

Several other generators have also formalized retirement plans in recent months, including DTE Energy Co., which is retiring Detroit Edison Co.’s Harbor Beach coal plant as soon as August 2013, and RC Cape May Holdings, which reached an agreement with New Jersey regulators to close unit 1 at the jointly owned B.L. England plant.

On a company-specific level, American Electric Power Co. Inc., the nation’s largest coal burner, leads the pack in the amount of coal capacity scheduled to be retired between 2012 and 2016, during which the company plans to shutter nearly 5,100 mw of coal capacity. Other generators with a significant amount of retiring capacity during the 2012-2016 period include Duke Energy, with 4,179 mw; GenOn Energy Inc., with 3,468 mw; FirstEnergy Corp., with 3,352 mw; and the Tennessee Valley Authority, with 1,034 mw. 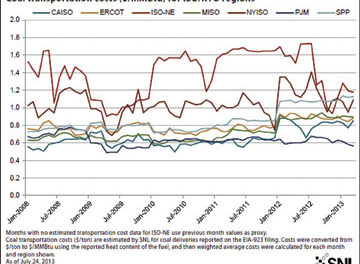 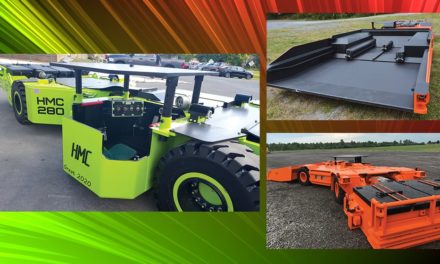