Several mines operating individual longwall faces posted some impressive numbers in 2014. BHP’s San Juan mine in New Mexico moved into the No.5 position. It produced 8.8 million tons in 2014, compared to 6 million tons in 2013. Alliance Resource Partners’ Tunnel Ridge mine in West Virginia produced 5.6 million tons, a nearly 2-million-ton increase over 2013. Alpha Natural Resources’ Cumberland mine in Pennsylvania produced 7.4 million tons last year, a 32.5% increase over 2013. Production also increased at Alpha’s Emerald mine in Pennsylvania during 2014. The company, however, idled one of the two longwall faces at Emerald. It will continue to operate the face with the 2-m shields until the longwall-minable reserves are exhausted at year-end.

Murray American Energy’s performance last year would silence anyone questioning its ability to operate the mines it acquired from CONSOL Energy. In addition to the performance of the previously mentioned Marshall County mine, the other four mines — Harrison County (Robinson Run), Ohio County (Shoemaker), Marion County (Loveridge) and Monongalia County (Blacksville) — all posted double-digit percentage increases in production last year. In fact, most of the mines controlled by Murray Energy performed well last year.

As far as extremes, the deepest longwall mine is the West Ridge mine in Utah, operating at a depth of 3,000 ft. The Powhatan No. 6 mine in Ohio operates the longest face: 1,650 ft. At 22,500 ft, Signal Peak Energy’s Bull Mountains mine in Montana has the longest panel. The West Elk mine in Colorado and the SUFCO mine in Utah are operating 2,805-hp shearers.

WHITE OAK BEGINS PRODUCTION
During October 2014, White Oak Resources began longwall production at the White Oak No. 1 mine in Hamilton County, Illinois, culminating a process that began in 2006 when the company was formed. White Oak Resources broke ground in 2011 and mine development in the Herrin No. 6 seam began in July 2013. This year, the company expects to produce approximately 6.5 million tons.

The White Oak mine is currently cutting coal at its designed capacity. “We have mined about 5,000 ft from the initial panel and at the current pace — all things being market dependent — we should finish that panel by the end of June,” Richardson said. “We are averaging 75 ft per day, taking a 42-in. cut from a 1,400-ft face. We ramped up from zero to budget in about two months.”

It’s an exciting time to be part of the White Oak family, Richardson explained. “We are pulling our initial panel at a brand new coal mine with a large reserve base and we have a bright future,” he said. “We have 200 million tons of reserves in our initial mine No. 1 plan and we control about 1.3 billion tons. We are building the foundation for a safe, low-cost coal producer in the Illinois Basin.”

FAREWELL TO DEER CREEK
After 41 years, the Deer Creek mine, located near the Huntington power plant in Utah, will cease operations. After attempting to sell it, PacifiCorp announced it would close the mine in mid-2015. The company cited the rapidly escalating pension liabilities for the mine’s represented workforce as a large factor in the economic viability of the mine.

The Deer Creek mine has an estimated five years or less of remaining reserves. Bowie Resource Partners will provide the coal needed for the Huntington power plant from other mines in Utah. 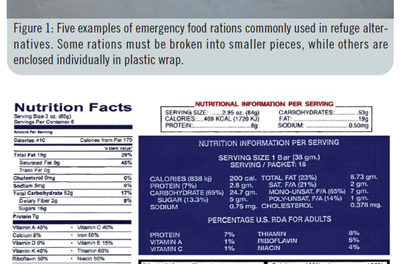