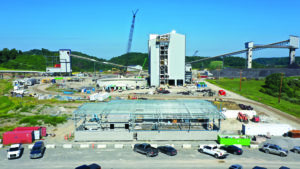 Allgeheny Metallurgical’s new 1,400-tph plant will be completed in January 2023.

Increasing demand and historically high spot prices for coal have rekindled activity throughout the U.S. coalﬁelds, especially for the metallurgical-grade coals found in West Virginia and Virginia. That trend is visible in this year’s U.S. Prep Plant Census, as coal operators use cash to pay down debt and invest in operations to position themselves to meet growing demand.

The 2022 U.S. Prep Plant Census identiﬁes a total of 226 prep plants, 209 processing bituminous coal and 17 processing anthracite. A total of 74 bituminous prep plants are currently sitting idle, which puts the number of active bituminous plants at 152, compared to 151 last year. Two prep plants were added, CONSOL Energy’s Itmann prep plant and Allegheny Metallurgical’s High Carbon Processing plant. CONSOL purchased and relocated the Buckingham plant to Itmann project, so it was removed. The status of three plants, Blackhawk’s Blue Diamond and Spurlock plants in Kentucky and ACNR’s Belmont County plant in Ohio, were changed to idle. Two additional plants, Blackhawk’s Patoka River plant in Indiana and its Harris prep plant in West Virginia, were reported as demolished and removed. Knowing idled prep plants may reopen and permits remain active, Coal Age carries prep plants in the census until they are demolished.

During August, Ramaco Resources approved the expansion of its Elk Creek prep plant to 3 million tons per year (tpy) from its current level of 2.1 million tpy. The $9 million expansion project has already commenced and should be at its full run rate by mid-2023.

Allegheny Metallurgical began construction on its High Carbon Processing prep plant in May 2022. America’s newest facility, the 1,400-ton-per-hour (tph) greenfield plant will be completed in January 2023. As this edition was going to press, CONSOL Energy announced it had commissioned its Itmann prep plant in West Virginia.

With the current situation with supply chain issues, CONSOL Energy used a creative approach to bring a plant online at its Itmann No. 5 mine in West Virginia. The company purchased the Buckingham prep plant in Ohio, disassembled it, relocated it to Itmann, reassembled it, and refurbished it. The Buckingham plant was a heavy-media plant that processed thermal coal and was originally rated for 700 tph. “We made several modifications that effectively derated it to 600 tph based on our estimates for the new fine coal recovery circuits,” said Brandon Williamson, director of business development for CONSOL Energy. “We also modified the clean coal circuits, and we installed another set of refuse spirals. The column flotation system was replaced with a bank of five froth flotation cells.”

Raw Resources served as the EPC contractor for the project. Ground was broken at Itmann during August 2021 and foundations for the structural steel were poured by the end of the year. At the same time, crews started tearing down the Buckingham plant. “We completed the earth work, relocated the plant, rebuilt it, and installed new clean coal infrastructure at the mine in a little more than 13 months,” Williamson said.

Williamson has been involved with several engineering projects during his career, but never something as unique as this, he explained. “We knew Buckingham was shutting down,” Williamson said. “We were making plans for the Itmann project in the middle of COVID-19 during a period where capital allocations were under a big spotlight. We explored our options with several contractors, as far as what a new plant would cost versus a used plant, as well as timelines to project completion. The relocation of this plant circumvented supply chain issues, which are very challenging right now, but also aligned with CONSOL Energy’s ESG strategy and long history of innovation initiatives. We ultimately relocated and refurbished the 600-tph Buckingham plant for essentially the price of a new 300-tph plant.”

Of course, that plan came with its own set of challenges. “With the teardown and rebuild, we had to refurbish, replumb the entire plant and the material handling systems,” Williamson said.

Taggart built the Buckingham plant in 2009 and it processed approximately 14 million raw tons. “Considering the age and disposition of most plants, it was young and in relatively good shape,” Williamson said. “We encountered some cobwebs during plant start-up. Commissioning a used plant adds a layer of complexity over what engineers would normally encounter firing up a brand-new plant with all new equipment. We endured some long nights with repairs and modifications, but it was worth it.”

CONSOL Energy also installed filter presses to dewater the clean coal and they are currently in the process of commissioning the first set. The second set will be operational soon. The plate-and-frame presses were provided by Sperry, located in Aurora, Ill., which typically supplies its equipment to wastewater and other mineral industries. “Between the addition of the froth cells, the centrifugal dryer, and these presses, we’re expecting to achieve a fairly high organic efficiency by capturing the ultrafine low-vol coal,” Williamson said.

Williamson said he sees how the Itmann project is having a positive impact on the area around Mullens, W.Va. “The most exciting part for me was the project engineering,” Williamson said. “To see a project like this through to completion is very rewarding, not to mention we expect it to provide approximately 175 long-term jobs for the next 20 plus years. It will also be capable of washing third party coals, which is an opportunity to support even more mines and jobs in the region.”

Editor’s note: Coal was last shipped from Itmann 36 years ago. The mine was originally developed by the Pocahontas Fuel Co. (now CONSOL Energy) in 1916. It was named for Isaac T. Mann, who was president of Pocahontas Fuel at the time. It closed in 1928 and reopened in 1949. It was one of the most productive mines in West Virginia during the 1950s and 1960s. It was idled in 1986. 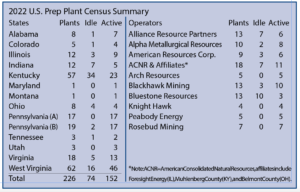 Building coal handling and processing systems requires a certain skill set that only a few companies possess. One of those is Powell Construction Co., Inc.. “During the last several years, we’ve been fortunate to get involved with a couple of great design-build projects, which includes Arch Resources’ Leer South expansion and the new facility at Allegheny Metallurgical,” said Devan Welch, president and CEO, Powell Construction. “With the positive market changes that have occurred in the last year or so, we hope to see more project activity developing in the near future.”

A little more than four years ago, Powell Construction’s founder James J. Powell reached out to Welch, with whom he had worked at Hamilton County Coal in Illinois, to see if he would be interested in joining the company and connecting with the current team of employees to continue the business once he retired. He passed away earlier this year, much earlier than anyone expected. Welch recalled his dedication to the industry and his work ethic. “He was still very active in managing our current projects,” Welch said. “He was passionate about the coal industry and had an unmatched sense of urgency, and really listened to the customer as far as what they wanted, and when they wanted it. He would formulate a plan and work diligently to execute it.”

Powell Construction is currently talking to several coal operators about expansion projects and greenfield projects. “Some are interested in upgrades or new facilities, while others are wanting to restart idled plants,” Welch said. “They want to bring these projects online quickly to take advantage of current market conditions.”

As far as engineering large-scale projects like prep plants, Powell Construction does everything ‘in-house.’ “We have a highly experienced team and a large fleet of construction equipment,” Welch said. “We also have long-standing relationships with steel fabricators and equipment suppliers. As a team, we develop a schedule for the project that meets the owners’ requirements and stop at nothing short of meeting or improving it.

“To see the size and the scale of projects that we are capable of building amazes me every day,” Welch said. “We’re not a large company, but the teamwork that is on display with our group every day is inspiring.” 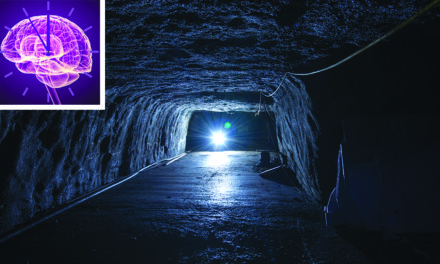 Mine Worker Fatigue and Circadian Rhythms 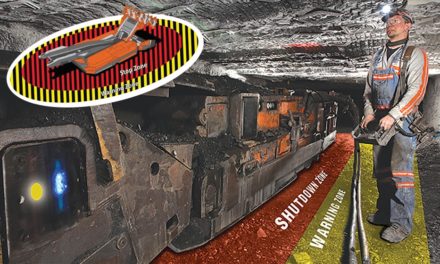