To Haul and Back

It’s a dirty job, but somebody’s truck has to do it. At Canada’s largest surface coal mine, a fleet of trucks is put to the test daily, each hauling 400-ton loads for Highvale mine. Equipped with meticulously maintained MTU Series 4000 engines, the vehicles have accumulated impressive hours in extreme conditions. And they keep coming back for more.

Covering almost 30,000 acres (120 km2), the mine yields roughly 12 million tons of coal each year. That’s an impressive haul. But before that happens, a small army of electric shovels, excavators, conveyors, trucks and explosives must all work together to move the overburden and expose the coal.

Power shovels load tons of overburden into huge haul trucks which travel, back and forth on rough, unstable terrain tirelessly. At Highvale, the hauling fleet consists of 10 trucks, including six Liebherr T 282 B diesel electric trucks capable of carrying 400-ton loads. Besides hauling heavy loads, the trucks often operate in Canada’s notoriously cold winters when temperatures can drop to 40˚ below.

Extreme workloads and conditions are just part of the daily routine at Highvale. Equipped with MTU Series 4000 diesel engines, Highvale’s trucks are up to the challenge. The engines, used in several different mine trucks in 12-, 16- or 20-cylinder configurations, have logged approximately 3 million hours in mining operations.

Today, more than 300 Series 4000 engines are installed in Liebherr trucks, working at about a dozen mine sites around the world, according to Adam Matlock, senior service engineer for MTU engines at Tognum America.

Working Overtime
The engines in Highvale’s Liebherr trucks are 20-cylinder Series 4000 models that provide 3,650 hp for hauling heavy overburden loads. In late 2011, one of these engines was replaced after a notable four-year run during which it logged over 23,000 service hours, exceeding the engine’s maximum expected life by more than 3,000 hours.

This overachieving engine is planning a comeback. Recently, it was sent to Wajax Power Systems in Edmonton, the local MTU servicing distributor, where it will be overhauled for reuse. Meanwhile at Highvale, the haul truck that housed the engine is back on the job, powered by a spare engine kept by the mine operator, Prairie Mines & Royalty Ltd. (PMRL) to minimize downtime caused by engine replacements. The engine now being overhauled will serve as the spare when the work is completed.

At Highvale, long engine life is crucial because an engine overhaul is an added business expense. Equally important, engine reliability reduces vehicle downtime, which can cost the mine tens of thousands of dollars a day in lost revenue. “Minimizing downtime is more important than anything,” said Jim Richter, PMRL’s truck maintenance planner at Highvale. “We have a fairly small fleet, so truck availability needs to be very high.”

Maintaining High Standards
Why did the engine exceed expectations by 3,000 service hours? This impressive feat was due to MTU’s high engineering standards and disciplined adherence to the manufacturer’s maintenance and fuel quality recommendations. PMRL personnel try to make sure that maintenance is performed within 50 hours of MTU guidelines.

MTU adheres to a proactive maintenance philosophy. “We’re a little more aggressive in our practices,” said Matlock. “We don’t believe in running components until they break. Our philosophy is to proactively replace components before they reach the end of their life expectancy.”

Matlock says preventative measures pay off in the long run. It results in scheduled downtime, boosting mine production. In addition, replacing components before they break eliminates the possibility that broken components will do further damage to the engine or other components. “If a turbocharger breaks, for example, metal debris traveling through the system could cause a catastrophic failure of the entire engine,” he said.

At Highvale, preventative care follows a strict timetable. Key items on the engine maintenance schedule include oil changes every 500 hours, engine valve inspections every 3,000 hours, fuel injector change-outs every 6,000 hours and full service performed at the midpoint of an engine’s life.

The Secrets of Long Life
In addition to following a routine maintenance schedule, owners of Series 4000 engines should pay attention to fuel quality, according to Ran Archer, sales manager for MTU mining engines at Tognum America. Fuel contamination must be minimized and the fuel must comply with lubricity requirements to facilitate the motion of injectors and other components. In addition, Highvale tries to improve fuel cleanliness by using systems that filter fuel as it’s transferred from delivery trucks into fuel tanks.

Highvale’s haul truck fleet operates on high-quality fuel, said Richter, who believes this helped prolong the life of his 23,000-hour engine. The results are well worth the extra effort. “We don’t have any fuel issues with any of the equipment we have here,” Richter said, adding that he’s heard reports of injector-failure problems at other mines. When injectors fail, he explains, the result is uneven fuel distribution in the cylinder, which causes hot spots that can burn out pistons and dry out cylinder walls—and ultimately cause engine failure.

The longevity of haul truck engines at Highvale is linked to preventative measures such as using clean fuel and performing recommended maintenance on schedule. “If you’re careful about things like that,” said Archer, “MTU engines will run a long time and help drive down operating costs.”

At Canada’s largest surface coal mine, Highvale haul trucks are expected to keep working well into the future, because there’s always more coal to haul and profits to be made. 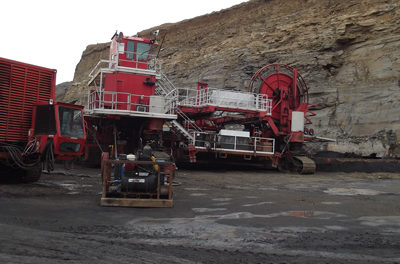 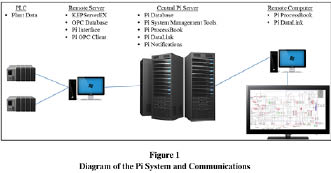 Running Right: A Piece of Pi