A number of new longwall mines have started up in the Illinois Basin in the last few years. One aspect that distinguishes these longwall systems from others is the technological and design innovation of the electrical distribution systems. Another distinguishing characteristic is the company who manufactures these systems: Intermountain Electronics, Inc. (IE), a Utah-based company that is competing successfully in this space against traditional providers such as Line Power and SMC.

IE has been maintaining, rebuilding and upgrading longwall electrics for 20 years now. However, the Foresight Energy installations were the first systems wholly designed and manufactured by IE. The systems involved innovative uses of VFDs, ground faults and other devices, aimed at greatly improved safety and reliability. IE worked closely with the customer to meet its operating requirements while managing the certification and approval process with MSHA’s Approval & Certification Center (A&CC) in Tridelphia, W.Va.

IE has assembled a team of 15 experts with hands-on experience in the area of longwall electrics. “We pride ourselves on our service capabilities,” Phil Blackburn, IE’s chief commercial officer, said. “Foresight Energy wanted help with electrical engineering and they also wanted the service and support after the sale. Once they learned about the depth of our team, they recognized that we could be a great asset to their longwall programs both before and after delivery.”

Getting the Green Light
Foresight Energy first approached IE for the electrical system on its Deer Run longwall. The company’s other operating longwall mine, Mach, also wanted a set of electrics—its second—to rotate in and out with its first set. “We received the purchase order for the Deer Run system first,” Blackburn said. “The original plan was to deliver it by the end of 2011. The service aspect was a big issue for them.” The second order, for the Mach mine, followed shortly. When Mach,one of the most productive mines in the U.S., surged ahead of its production plan on its existing longwall panel, IE was asked to bump its electrics ahead for a December 2011 delivery. Deer Run’s system then followed in May. IE delivered two brand new systems in the first half of 2012. Deer Run has since ordered a second set from IE that will be delivered in the summer of 2013.

IE had to manage the entire MSHA approval process. Until this point, the company had built and rebuilt plenty of individual units for longwall power centers. “Strategically this is the place where we wanted to be for a couple of years,” Blackburn said. “We have made the investment in personnel and technology. There are a number of opportunities that we are pursuing right now, which will bear fruit over the next couple of years.” The company is currently servicing the electrics on 15 U.S. longwall systems.

Longwall electrical systems are delivered in mechanically engineered structures suitable for underground use. Both the IE units delivered to Foresight used panels mounted on roll-out assemblies, including the VFDs for the emulsion pumps, a first for the industry. The roll-out VFD chassis has set a new standard for easy access, maintenance and replacement of VFDs.

Another place where IE systems are setting the industry standard is in the transformer design, where it uses a step-lap miter core. “It’s our standard design at IE,” said Shawn Norton, IE head of project engineering. “We build our own transformers. With a step-lap miter core, we’re increasing efficiencies and meeting IEEE standards. The coal industry doesn’t have to meet those standards, but we do.”

“We made a multimillion dollar investment in a Georg core cutting machine,” Blackburn said. “We made this investment to better serve our customers. The transformers we use in the coal mining business are large. The main longwall power center is 9 MVA, along with a 3 MVA transformers and two 750 KVA units. Our high-efficiency transformers will save each longwall customer a couple thousand dollars a month in their power bill, not to mention the lower noise and maintenance needs and extended product-life.”

Pat Lemmon, IE project manager for the longwall projects at the Mach and Deer Run mines, explained that aside from these draw-out VFDs and high-efficiency transformers, there is nothing particularly distinctive about the Mach electrical system. “However, the Deer Run system is 25 KV class, and the main power centers are mounted on a Joy 14CM crawler frame, which makes it somewhat unique,” Lemmon said. “Ordinarily, they would be skid-mounted or mounted on rubber tires. This crawler-mounted system has the ability to move itself.”

Lemmon worked for Arch Coal for 30 years and is proud of IE’s recent achievements. “What sets us apart from the others? We have a diverse group of people with operating longwall experience and we always answer the phone,” said Lemmon said. “We have technicians in the Illinois Basin who are 20 minutes from one mine and two hours from the other.” John Houston, IE’s founder and CEO. “We have made it a habit of hiring operators from the mining industry, like Pat, to support our customers. While others tout their experience in manufacturing these units, we also have a long history of operating these units. From this perspective, IE’s experience is unmatched.”

Both sets of electrical controls offer the latest in automation and remote operability. The electrical controls on the Mach longwall system have five HMIs (control panels)—meaning the longwall can be monitored and operated from any of those operator interfaces or from the surface. “Deer Run has four electrical systems and it’s the same thing,” Lemmon said. Readers might recall that the miners at Deer Run are a highly motivated group of coal miners (See Foresight Energy, p. 32, December 2012, Coal Age). Eventually they hope to run the longwalls with a high level of automation. Foresight Energy and IE have been working with Joy Mining Machinery and Cat Global Mining to improve this installation to the point where they can accomplish that feat.

MSHA Approval and Certification
Before Foresight could install the new systems, MSHA had to approve them. One traditional problem with using VFDs is ensuring ground fault relays sense ground faults at low frequencies. In particular, the ground fault that Lemmon had chosen for this project, a Startco unit, had not been tested or approved in this application previously.

“We invited A&CC to participate in a series of tests,” said Jim Martin, who heads IE’s eastern engineering out of IE’s Kingsport, Tenn. office, and performed the testing. “With the Mach installation, we set up a scenario using the exact drives that would be used. That was rather painful because we pulled them out of the existing equipment, brought them into the shop, and set up a motor load. A&CC brought four to six people down. We spent the day going through a series of tests to ensure the ground fault protection was not compromised by the frequency of the drive. The test data looked good.”

The process was repeated for the Deer Run configuration. “The drive scenario was replicated—because of the brand difference, we wanted to repeat the testing and verify the design,” Martin said. “We went through a series of tests using the Startco ground fault relay. The bottom line in both cases is that both longwall designs were tested successfully.”

“They were using different drives in the systems,” Lemmon said. “That’s why we had to do the test twice. In both of these tests the Startco device turned out to be a fantastic solution. The Startco ground fault relays tested better over a wider range of frequencies than any of the other commonly used relays. We tested other devices and found that the Startco relays provided the best protection.”

“We have done a lot of testing and are very comfortable with the Startco ground fault relays installed on our systems,” Norton said. “They trip across almost the full range of frequencies, and definitely within the specified range in which these devices will operate.”

Future Longwalls Will Rely More on VFDs
VFDs are becoming more common on modern longwalls—to reduce wear and tear, to allow for speed control, and to reduce energy costs. For these reasons, Foresight Energy chose to install them on the stageloader conveyors. “We have worked on quite a few VFD systems for emulsion pumps and they have been used on the high pressure pumps for a few years,” Martin said. “The VFDs on the stageloader help reduce wear, extend chain life and reduce noise reduction. The speed of the stageloader is controlled based on several parameters. Load is obviously a major factor.”

The mining industry will continue to pursue more automation to improve safety. “As the technology evolves for higher horsepower VFDs at medium voltage, we will eventually place VFDs on armored face conveyors (AFCs),” Martin said. “The biggest thing right now is full-face automation over the full range of equipment.”

MSHA is comfortable with these new systems, explained Norton. “There is a little caution as one might expect with any new technology, but the agency certainly likes the idea of removing miners from hazardous areas,” Norton said.

The major OEMs—Cat and Joy—will continue to strive to integrate and deliver complete longwall systems with their equipment exclusively. However, use of hybrid systems, like those at Foresight Energy (using Joy shearers and Cat AFCs and roof supports), will almost certainly continue. And whether operating a common system or interfacing and automating two systems like at Deer Run, longwall electrics manufacturers like IE will continue to support them in pushing the limit in automation. The goal, of course, is simple: reduce the number of longwall operators and miners on the dusty, dangerous conditions on the face.

Fight to the Finish 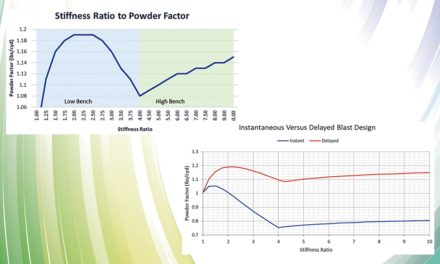