Part of the Prodeco Group, the construction of Puerto Nuevo commenced in 2010 and represents a $550 million investment in Colombia by Glencore. The state-of-the-art infrastructure and equipment in use at Puerto Nuevo represents a key milestone in the development of  the Colombian coal industry. The port is the first in Ciénaga to implement a direct loading system for coal. The port’s initial annual export capacity will be approximately 21 million metric tons (mt) with coal being transported to markets including North America, Europe and Asia.

Sustainability, both in terms of construction and its equipment, has always been a central focus at Puerto Nuevo. The construction of the port was tailored to protect almost 200 hectares of native forest. As an example, berms were constructed—some as high as 17 m—to isolate coal stockpiles and help control dust emissions. More than 18,000 trees were then planted and more than 800 animals were relocated.

“We are honored the Colombian president has recognized Glencore’s ongoing commitment to and investment in Colombia by officially opening Puerto Nuevo,” said Ivan Glasenberg, CEO, Glencore Xstrata. “The opening marks a milestone for our Colombian operations, enhancing Prodeco’s ability to meet the requirements of its customers around the world. We look forward to continuing our well established partnership with the local community and the government as we begin the port’s operations.”

Prodeco is a major component of Glencore Xstrata’s Colombian export thermal and metallurgical coal mining operations. It is involved in the exploration, production, transportation, and shipment of high grade thermal coal from its mines to markets principally in Europe and the Americas. Prodeco consists of two open-pit coal mining operations (the Calenturitas mine and the La Jagua complex), export port facilities and Puerto Nuevo, as well as a 40% share in Fenoco, a company that holds the concession to the railway linking Prodeco’s mines to the export ports.

During the first quarter of 2013, Prodeco mined and shipped approximately 5 million mt of coal (a 19% increase over Q1 2012), reflecting the current expansion plan. Puerto Nuevo is part of an ongoing expansion project, that will boost Prodeco’s annual export capacity to 20 million mtpy by 2014.

The new direct loading port provides higher annual throughput capacity and a lower cost of operation compared to the previous port (Puerto Prodeco). The project was completed on schedule and under budget, which is a rare achievement in the mining business these days. 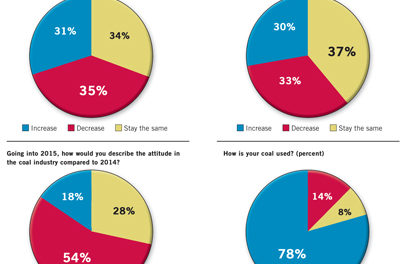