When the tests were run, the numbers were better than expected. And at first, the miners were skeptical.

Longwall Mining Services (LMS), vendor for the Engineered Performance Ventilation System’s (EPVS) HardLine Performance Ducting, wasn’t surprised. It was assigned a K-factor of seven, the number given during the elevator pitches and sales meetings. Yet in prior testing conducted by EPVS, the tubing returned Atkinson friction factors of 4.74 and 5.18.

To the miners, on paper all those numbers looked optimistic, even suspect. Deep underground, at the end of an almost 400-ft run, test results proved it. The fans would have to be turned down, something that at first wasn’t accepted by desk workers.

“Even to the point where we took that last air reading, they were still hesitant to believe what they were seeing,” Bryon Cerklefskie, vice president, sales and marketing, LMS, said. “It was a fun moment to have all the miners come out and stick their hard hats at the end of the tube or stand there and almost get sucked in because the increase of pressure and volume even at the end of a 390-ft run.” 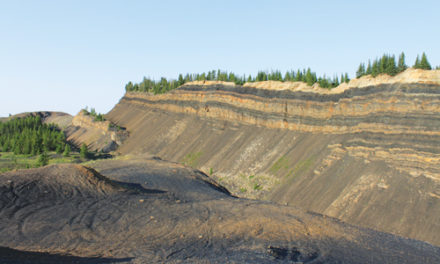