In the next 10 to 25 years, Mongolia will develop and export more coking coal, which lies in close proximity to northern Chinese steel mills

Mongolia will double production of coal by 2025 to more than 100 million metric tons (mt) and will increase this to 125  million mt by 2030, according to a new report from the country’s Scientific and Technological University (STU). The development hinges on the launching of a large-scale export plan to supply coal to its neighbor, China.

A little more than a year ago, the Mongolian government approved major reforms for the mining industry, adopting a State Policy of Mongolia in the Minerals Sector for 2014-2025 (Minerals Policy), which has had and will have a big impact on the country’s coal industry as well as other sectors. Mongolia’s new Minerals Policy indicates that the government “will support and encourage private investment in coal mining, limit its role in regulation and supervision, encourage transparent and responsible mining operations, and adopt policies to encourage environmentally friendly and value-added operations.”

Mongolia will also maintain the concept of “strategic deposits” under the Minerals Policy, which provides that the state will maintain an equity interest of up to 50% in the development of the country’s most promising deposits. In fact, the reform allowed transferring of the state shares in strategic deposits to mine developers in return for additional royalty payments. The exact amount of royalties would depend on each deposit.

In general, it is expected that the adoption of the Minerals Policy will make the country’s coal industry more transparent, which ultimately will increase its investments activities and will attract $3 billion or more of private funds for the development of new coal deposits within the coming decade.

In general, Mongolia is rich with coal. According to preliminary geological estimates, the resource base of the country includes 16 billion mt of coal, which places Mongolia among the top 15 countries in the world with the largest reserves of coal. For a country with an area of 1.5 million km2 and a population of a little more than 2.7 million people, its coal reserves are going to be a big deal.

The coal reserves are distributed uniformly throughout the country. However, the quality of the coal differs in the eastern and western parts of the countries. Lignite is found in East Mongolia, in the Suha Bator district. The Talbulag deposit has a calorific value of 2,400 Kcal/kg. In the western part of the country, there are large deposits of bituminous coking coals. To date, the biggest and most promising proven reserves of coking coal in Mongolia are located in the Tavan Tolgoi deposit of the South Gobi district, about 600 km south of Ulan-Bator. The proven reserves of the deposit are 6.4 billion mt, of which more than 40% accounts for high-quality coking coal.

EXPORTING FROM MONGOLIA
Estimates from the Mongolian government indicate that the coal industry remains one of the most promising sectors of the country’s economy. In recent years, coal accounted for about 40%-45% of total export supplies of the country in monetary terms, reaching a peak of 47% in 2012. Official government stats show Mongolia increasing coal exports by nearly seven times in the period of 2007-2012, but they suffered a sharp drop in 2013, along with the rest of the coking coal industry. Coal exports fell to $1.12 billion last year, from $1.9 billion a year earlier, according to the representatives of the Ministry of Mining. Volumes fell to 18.3 million mt, from 20.9 million mt.

Preliminary forecasts indicate that, in 2014, the volume of coal exports from Mongolia was probably restored to a level of 21 million mt with a total value of $1.6 million mt, which reflects the drop of price for Mongolian coal on the international market by nearly 15%-20% last year. The forecast for 2015, however, said that the volume of exports should increase further to about 25 million mt, based on an increase in demand from the Chinese steel industry. In fact, the steel plants of northern China account for almost all export supplies of Mongolian coking coal, which typically amounts to 8-10 million mtpy.

All in all, the forecasts of the Ministry of Mining of Mongolia said that exports could jump to as much as 65 million mt within the coming decade and to more than 70 million mt by 2030. To do that, Mongolia in coming years will have to make a significant investment to develop its rail infrastructure and coal processing facilities, which will eventually allow the country to diversify the geography of supplies.

NEW RAILWAY LINKS
In 2014, the Mongolian government an-nounced an investment of $5.2 billion in the largest expansion of the country’s railway system, which should create a number of links to China’s Inner Mongolia. Today, coal is trucked from Mongolia to bordering regions of China, which seriously undermines the growth potential of coal exports.

The project provides that the government will allow the creation of a mix of Chinese and Russian gauge rails in Mongolian — a change from previous Mongolian rail policy requiring the use of Russia’s wider gauge standard. The project will be implemented within the coming three to four years, and promises to boost the profitability of supplies of both thermal and coking coal to China.

Experts estimate that using the broad gauge rail will cost $3/mt more than the standard gauge, but the overall cost of exporting coal by rail will still be about 60%, or $14/mt, lower than the current method of exporting by truck. It means that Mongolia will be able to save about $300 million annually on logistic costs by 2020.

One of the most promising parts of the project for the expansion of the rail links is a joint venture for the construction of a 20-km border railway linking the huge Tavan Tolgoi coalfield to the Mongolian Gashuun Sukhait port. The project is implemented by Mongolian state-owned giant coal company Erdenes Tavan Tolgoi (ETT), in consortium with privately held Mongolian Mining Corp. from one side, and a group of Chinese companies led by state-owned mining group Shenhua from the other side.

In 2013, Shenhua signed a contract to purchase 1 million mt of coal from Mongolia over the coming 20 years for $483 million, and the infrastructure project will let the company save up to $14 million per year on logistics. Also, according to the Mongolian Ministry of Roads and Transportation, there are plans for the expansion of Trans-Mongolian Railway Line from Russia to China, which will also require up to $2 billion in investments and may potentially involve the supply of coal in both directions.

MONGOLIA’S LARGEST PLAYERS
There are seven large coal producers in Mongolia, including MMC, South Gobi, MEC, Aspire, Xanadu, Prophecy Coal and SharynGol. The largest one, MMC, produced 8.5 million mt in 2013, but according to preliminary results of 2014, will face a drop of production by nearly 20% due to the problems with exports to China. According to an MMC report, in the first half of 2014, crude steel production in China witnessed an increase of approximately 5.7% compared to the same period in 2013. However, the price of coking coal remained under pressure amid competitive market conditions driven by the continued imbalance of global coking coal supply and demand. As a result of this imbalance, the average spot price for premium low-volatile coking coal imported into northern China from seaborne markets in the first half of 2014 was down by 22.3% compared to the average price in the first half of 2013. MMC should remain the largest exporter of coal from Mongolia with the total volume of supplies of 3.1 million mt. The company owns some large assets, including the Ukhaakhudag and BaruunNaran deposits, and plans to nearly double production and export capacity within the coming five years to approximately 12 million mt and an additional 10 million mt by 2020.

“The production and sales increase was achieved with a significant reduction in total cash costs of product sold of $12.81/mt. This reduction was partially reflective of a lower strip ratio of 2.76 in overburden removal than life of mine, but was primarily achieved through overall cost control, improvements in mining equipment productivity and a smaller workforce,” said Ross Tromans, president, CEO and executive director for South Gobi. The long-term goals of the company in terms of production and export at this time are unknown.

MEC owns the Khushuut deposit, which has an annual capacity of about 7-8 million mt. The total cost of developing the mine was estimated at $202 million for the first two years. Mining commenced in July 2010. In January 2010, MEC signed a 10-year contract with Baosteel Group Xinjiang Bayi Iron and Steel for the supply of coking coal. The contract may be extended in the near future.

TAVAN TOLGOI
The largest investment in the coming years will probably be committed toward development of the Tavan Tolgoi deposit, one of the largest coking coal reserves in the world. In 2014, the government of Mongolia announced a tender among investors for the right to operate Tavan Tolgoi. A consortium of Shenhua Energy- Energy Resources-Sumitomo Corp. won the bid in December 2014, beating out Peabody Energy.

Located about 240 km north of the Chinese border, Tavan Tolgoi has 7.4 billion mt of coal reserves, according to official information. The mine is divided into six sections: Tsankhi, Ukhaa Khudag, Bor tolgoi, Borteeg and the southwest and eastern coalfields.

The consortium is expected to allocate investments of $4 billion to develop the deposit with the target to produce 30 million mtpy. If that goal is reached, the consortium will become one of the largest producers of coal in Mongolia. Most of the production would be exported to China and Japan.

Shenhua did not provide any details about the proposed ownership structure, but according to the Mongolian Minerals Policy, the winning team needs to be at least 51% controlled by a Mongolian firm with five years or more of domestic mining experience. Experts said only two local companies were likely to be able to meet the five-year requirement, including MMC and Tavan Tolgoi JSC, a small Ulan Bator-listed mining company.

Development of the Tavan Tolgoi deposit will be the main driver of growth for the Mongolian coal industry for the coming decade. There is still a lack of details on the project, but this year, the parties will conduct construction and exploration work, with the intent of launching mining at in the second half of 2016.

Vladislav Vorotnikov is Mining Media’s Moscow-based correspondent. He can be reached at vorotnikov.vlsl@gmail.com. 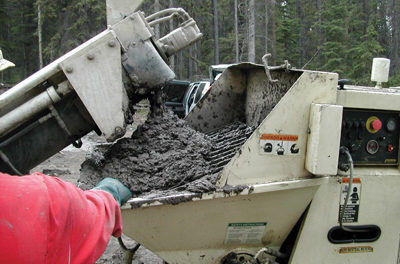