One of the more exciting pieces of equipment on display at the 2011 Coal Prep trade show was the StackCell from the Eriez Flotation Group. Readers might recall the technology being discussed in the article covering Mechel-Bluestone’s new K2 prep plant (Coal Age, April 2011, p. 32). Eriez displayed the unit for the first time at Coal Prep, giving delegates a chance to kick the tires or in this case kick the tailings outlet.

In addition to having the StackCell at the exposition, the Coal Prep 2011 Technical Program included a presentation on the system, “Industrial Evaluation of the StackCell Flotation Technology.” The authors offered data collected from recent field trials. They also recommended some guidelines for installation, operation and maintenance.

The technology evolved from column flotation. Based on
its experience designing and engineering coal flotation circuits, Eriez has developed the new flotation device, which offers high capacity in a small footprint. Unlike column flotation, the
tank is shorter and smaller, not only reducing the footprint, but the load as well. The system is designed to operate at low pressure so the total energy consumption is lower per ton of fines processed. A low-pressure blower delivers the flotation
air, resulting in lower operating and maintenance costs, according to Eriez, when compared with systems driven by compressed air.

This new technology, according to Eriez, is ideal for use in a wide variety of applications, including those involving fast floating coals or overloaded conventional cell circuits.

StackCell Technology
Designed with a small footprint and for gravity-driven fed applications, the cells can be easily “stacked” in series or placed ahead of existing conventional or column flotation cells. During operation, feed slurry enters the separator through either a side- or bottom-fed nozzle at which point low pressure air is added. The slurry flows into an internal pre-aeration sparging device that mixes the slurry with the bubbles inducing high intensity bubble-to-particle interaction before arriving at the the primary tank. A liquid slurry level is maintained inside the tank to provide a deep froth that can be washed to produce a high-grade float product. Froth is then carried into the froth launder via mass action.

Technically, the unit uses feed pre-aeration and focused turbulence to increase the flotation rate of hydrophobic particles within the recovery system. The bubble-to-particle interaction takes place in an enclosed aeration chamber. The sparging energy, according Eriez, is concentrated and used solely for bubble generation.

The tank is constructed in a similar fashion to column flotation cells. It is used primarily for the phase separation between the pulp and froth. According to Eriez, a deep froth can be maintained and washed, which generates a high-grade float product. In the case of coal preparation plants, the high-grade float would be fine coal.

According Eriez, the new device will provide metallurgical results superior to conventional mechanical cells, while offering benefits similar to that of column flotation cells. “Eriez developed this new flotation technology based on flotation fundamentals with an emphasis on carrying capacity restrictions, circuit design for cell mixing, lower retention times and more efficient sparger design,” said Jaisen Kohmuench, manager-R&D Process Group, Eriez.  “The efficiency of this flotation device surpasses that which can be achieved by other individual techniques or separators.”

The system offers distinct advantages over column flotation and conventional cells, including:

To lend perspective, Kohmuench cited an existing installation that employs a three-stage unit to treat 45 tph. Using column flotation technology, this would have required two 14-ft diameter by 28-ft tall cells with two compressors with a power requirement of at least 410 hp. The new three-stage device treats the same material in less than half the volume, one-third the footprint and one-third the installed power.

Challenges Associated with Column Flotation
One of the challenges associated with column flotation results from the aspect ratio of the column itself. A column cell must be tall to achieve the desired residence time and minimize internal mixing conditions that are detrimental to cell performance. The design minimizes plant floor space requirements, but increases foundation loads. The column launder discharge must be at a sufficient elevation to ensure the froth can be properly de-aerated and conveyed to the dewatering circuit. As a result, the column base is typically elevated resulting in additional structural steel to support this load.

Fabrication and erection also present challenges due to the large diameter of the cells. Economics associated with plant design typically lean toward fewer, large-diameter cells. To date, the largest columns installed in the U.S. coal industry are 16-ft diameter. A 15-ft diameter column is the largest size that can be shipped as a single piece. Larger cells have been designed and installed; however, these are supplied in multiple pieces and require significant on-site assembly.

The main advantage of column cells, which is improved product quality, can also create downstream difficulties in plant operation. To achieve optimum performance, a column must operate with a deep froth (typically 1 to 3 ft). Maintaining a deep froth typically requires a blend of flotation frothers that can support a deep froth aggressively rinsed with a counter-current flow of wash water. The excessive froth stability can create issues with other plant circuits such as those associated with dewatering and magnetic separation.

These issues led to the development of a new flotation system that offers column-like performance with reduced capital, installation and operating costs.

Why Multistage?
Traditional (mechanical) flotation cells are typically assembled in series with each subsequent cell receiving the partially upgraded tailings from the previous machine. Column flotation cells are typically arranged in a parallel circuit where each unit receives an equal proportion of feed slurry. The mechanical cells will achieve a higher coal recovery for a given set of operating conditions since the multistage “cell-to-cell” circuity reduces the unwanted short-circuiting of feed to tailings.

Recent studies successfully demonstrated the advantages of cell-to-cell circuitry for full-scale column flotation plants. Unfortunately, cell-to-cell circuitry is difficult to apply for columns due to their tall aspect ratio and large volumetric footprint. On the other hand, the modular design of the StackCell easily accomodates the in-series configuration to take advantage of improved mixing conditions. The preferred arrangement of the StackCell technology is three sequential stages for new installations (See Figure 3). The technology can also be employed as a retrofit scalping unit placed ahead or behind existing column cells or mechanical flotation machines for additional capacity in the flotation circuit.

The Purpose of Intense Shearing
Flotation rate correlate strongly with residence time. It is largely dependent on the properties of the coal properties, aeration rate, reagent types and dosages, and the design and operation of the mixing system. Reported in minutes, the residence time is the length of time flotable particles are allowed to make contact with bubbles. This value can be calculated by dividing the effective volume of the machine (i.e., slurry volume where bubble-particle contacting occurs) by the flow rate of slurry passing through the machine. Field data typically shows the residence time necessary to obtain a good recovery is three to four minutes for mechanical flotation and eight to 15 minutes or more for column flotation cells.

To increase the flotation rate, the bubble-particle interaction in the StackCell takes place in a small high-energy aeration chamber. This highly turbulent environment is ideally suited for efficient bubble-particle contact. Field studies conducted with a pilot-scale unit showed that a residence time of less than 10 seconds was often adequate for good interaction, when using the StackCell technology.

Consequently, the required cell volume for a StackCell installation is significantly less, reducing both equipment and installation costs. Structural steel requirements are considerably less due to the reduction in tank weight and live load. The overall space requirement for the stacked-cell design is half the volume of an equivalent column circuit. The units can be shipped fully assembled and lifted into place, complete and without field welding.

Moreover, the energy input per unit ton processed is typically lower for the StackCell since energy is only expended for the purpose of creating bubbles and for the bubble-particle interaction, and not for particle suspension similar to conventional flotationcells. In addition, the aeration chamber operates under a near-atmospheric pressure in a manner that removes the need for a compressor to overcome the hydrostatic or dynamic head. As a result, a low-pressure and maintenance-friendly blower can be used as opposed to a compressor.

For best performance, sufficient wash water must be added to fully displace the water carried by the froth into the clean coal launder. This requirement is normally reported as the number of dilution washes (i.e., wash water flow rate divided by the froth water flow rate). Normally, 1.1 to 1.3 dilution washes are required for good performance in coal applications. Despite the low profile, the StackCell is designed so a relatively deep froth 18 to 30 inches can be maintained to maximize the froth washing action. Also, limitations associated with froth overloading is greatly reduced due to the greater surface area resulting from the use of multiple cells.

Industrial Demonstration
To demonstrate its perofrmance, a StackCell was installed at Alpha Natural Resources’ Roxanna prep plant. Located in eastern Kentucky, the plant processes run-of-mine coals from several sources. The Roxanna unit consisted of a single 12-ft diameter cell equipped with a 30-inch diameter aeration chamber. As shown in Figure 4, the single StackCell unit was installed as a scalping system ahead of two existing flotation columns (10 ft diameter x 27 ft tall). Historical data suggested the two column cells were often overloaded due to plant production demands. The tailings stream from the StackCell was equally split and fed to the two existing columns.

The increased recovery is significant considering less than 10% more cell volume was added to the circuit via the installation of the StackCell technology. In fact, the aeration chamber provided an addition residence time of only about five to 10 seconds to the total flotation circuit.

In fact, close inspection of the StackCell test data indicates a gradual improvement in overall performance since being installed. The gradual improvement can be largely attributed to the optimization of operating variables such as reagent dosage, froth depth, aeration rate and wash water addition rate.

For example, the quality of the froth product was found to be sensitive to froth depth and wash water addition rate. Figures 6 and 7 show the impact of the optimization on the clean coal quality and recovery. The high ash content in the minus 325 mesh fraction was substantially reduced from about 43.4% to less than 13.3% once the froth washing system was optimized. 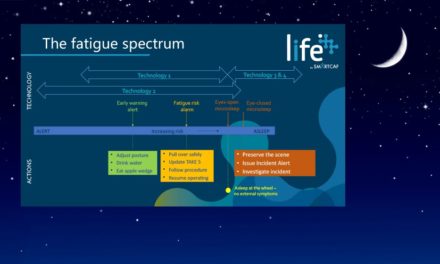 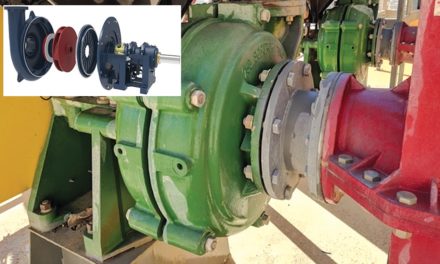 Slurry Pumps: Picking the Best Type for the Task