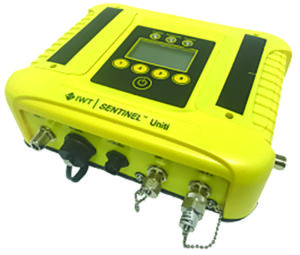 IWT’s Uniti Node is wireless, can support a digital network and two-way radio communications, and can be plugged into an existing system. (Photo: IWT)

It was once said, as above, so below. Now, it could be the reverse.

With the laws on the books on systems to track and maintain radio contact with workers underground, the draw of the digital mine is perhaps stronger there than it is in the pit. Historically, that translated into demand for underground communications infrastructure solutions that could be added to existing systems to boost their capabilities. More and more, it translates to expectations of a level of connectivity at the face that a few years ago was near impossible.

Experts in the space say there is no turning back now, and that is for the best. “We’re seeing more and more customers with a data-centric, digital mine focus,” said Eric Hansen, founder and CEO, Innovative Wireless Technologies (IWT).

Suppliers are answering with technologies that they say will bring Industry 4.0 to the face, improve safety and help improve overall productivity.

Field data proves mine digitization enabled by IWT’s SENTINEL technologies, to include the new Uniti Node, can up mine production substantially, company leadership told Coal Age.

“Data pulled off production reports prove that the more connected and the more digitized the mine can be, the better its uptime, the higher its productivity,” Hansen said. “We have several years of data supporting how, for example, when a mine switches from a legacy system or a competing system to IWT’s system, we are seeing production jumps in the 5% to 15% range, which is huge.”

That jump is the logical result of empowering the right folks with essential and actionable data. “If you can measure it, you can analyze it, and you can fix or improve it,” Hansen said. “The more real-time data you can get at the fingertips of key decision makers, the smaller the delays in your process, the more uptime increases. Connectivity equals availability, equals uptime.”

A range of changes are made possible with better connectivity, such as time studies, big data analytics, workforce utilization and continuous process improvement, Hansen said. Add to that list a reduction in the time lapse between a machine malfunction and the fix, he said, thus improving asset performance management.

As coal operators look into further automation and teleremote technologies, throughput and mobility of the mine network become major drivers in how successful any new initiative will be, Hansen said. “If you are tethered to fiber, you are not very mobile.”

In most mines, mobility in the working section, or the so-called last mile, is crucial to suport Industry 4.0 solutions,  hence the Uniti Node.

Officially released in late March, the SENTINEL Uniti Node is a device smaller than the size of a shoebox that can be set in a corner of some remote or new section of a mine to establish a digital network there. It can also support other wireless communications systems and technologies.

The first unit gets plugged into the far end of the mine’s ethernet fiber. Then, “in their working sections, at their continuous miner or at their longwall shearer, and anywhere else, they want high-bandwidth connectivity, they’ll put nodes about every 2,000 feet,” Hansen said. “They’ll drop it down like an access point, run power to it, either via line or battery, go 2,000 ft more and do the same.”

According to company literature, the Uniti Node offers “high bandwidth, wireless backhaul for production data, including an internal 2.4-GHz industrial-grade WiFi access point; and communications, tracking and sensor support.” It runs off a battery or a 12- to 24-Volt DC (110 VAC) power supply.

The fact that it is wireless alone could mean savings and peace of mind. Ethernet fibers are fragile and an expense. Fiber splicers alone can cost thousands. “Since the working section is where all the machines are moving around, that is where the fiber always breaks,” Hansen said. “Now they can keep the mining activity away from the fiber.”

After a soft launch in Q1 2019, it was deployed to two coal mines. “We deployed it on a five-section continuous miner mine and a longwall operation, and both customers have ordered more units since,” Hansen said. “They love it.”

Those applications are many. The demand for Uniti and other last mile solutions has incrementally risen over the course of the last decade with the advent and proliferation of various teleremote control and autonomous mining technologies. Both types operate at the literal bottom of the mine and typically require serious bandwidth.

“We were getting interest from customers with a coal mine that may have fiber up to a certain point and they need to get in and through a working section and support expansion,” Hansen said. “If the fiber to the longwall shearer breaks, in some instances, the shearer shuts down. It shuts down production. That is big money for a mine. They wanted to try to remove all the cables in that working section.”

They needed the wireless solution to support the mine’s communications and tracking system. Additionally, they wanted to be able to operate wireless devices. “They want to have tablets, laptops, smartphones throughout the length of the underground mine, but more so in key strategic locations as well,” Hansen said. “Now they have one unit that does everything.”

Unity Nodes hop data from, for example, sensors on equipment to the mine’s wired or fiber system. Tacking on a few Uniti Nodes at the end of the line enables data from the furthest reaches of the mine to flow to the back office in near real time.

Or Uniti Nodes can be added to a pre-existing system built with competitor components. Potential customers can deploy the units with zero obligation to adopt other IWT solutions.

The goal in such a circumstance “is to provide what they want in a way that gives them robust communications, last mile communications, and allows them to see what IWT solutions can do,” Hansen said. “Our technology speaks for itself and they may wish to migrate over to our other solutions, but they aren’t under any obligations to do so.”

Adopting Uniti, or other SENTINEL solutions, will also provide results in the form of gradually identifying areas of improvement, Hansen said. “Don’t expect us to come into your operation and instantly help you find huge losses,” he said. “Most operators have worked hard to streamline and it may take substantial big data analysis.”

Bridge From Leaky Feeder to Digital

The system is comprised of a handful of components: coaxial cable, amplifiers and QuadPorts.

The coax cable carries both data and power for the entire system. That means the coax is the sole source of both power and connectivity to end-point devices, and that power and data travel in both directions along the line.

In a typical configuration, the coax runs from a leaky feeder head end to a power coupler and from there to an amp.

One type of amp is placed every 1,000 ft to 1,600 ft and talks to the fiber network to support and repeat the digital backbone and amplify radio signals. The other type does the same but includes two ports for direct connection to Ethernet devices.

The small, rectangular QuadPort offers additional ports to supply power and data backhaul for devices. Those include, but are not limited to, WiFi, cellular, video, atmospheric monitoring and RFID tracking tech.

QuadPorts can have up to four separate VLANS reporting through that port. The data flows to the back office. “Then you can look at data coming back through your QuadPorts, such as gas monitoring information, video feed, and with your voice-over-IP telephones you can make calls over your WiFi access points,” Albinger said.

DigitalBRIDGE Plus+ is equipped with bidirectional diagnostics and voltage detection and auto level control for consistent gain management, regardless of the number of operating channels.

“It is a far less expensive solution to running fiber optics underground,” Albinger said. “Coaxial cable is more cost-effective both in installation and maintenance and is easily recoverable.”

The components of DigitalBRIDGE include the coaxial cable, the Portal, the Power Inserter and the QuadPorts.

In a typical setup, the Portal serves as the interface between the fiber optic network and the coax cable. The Power Inserter inserts the DC power at any point along the coax cable.

With standard tools and procedures for coaxial cable, mines can cut and splice the cable anywhere desired in order to branch into multiple directions and/or to add end-point Ethernet devices.

The Quadport supplies power and data backhaul for end-point devices.

The system gives the mine two key abilities, to have an independent network or extend existing networks by tying into access switches underground.

System specs include up to 1 gigabyte-per-second physical layer speed and up to 25-megahertz bandwidth.

DigitalBRIDGE “has taken off far more rapidly than we could have imagined,” Albinger said. Last mile communications capabilities are “something of increasing importance as mines need full network coverage for their operations, especially within the working section,” he said. In most cases, “mines are looking for the ability to use voice-over-IP phones with WiFi access points and to obtain real-time data readings from underground sensors and monitors within the working section.”

DigitalBRIDGE has been adopted by trona, potash and coal mines. “This system will work in any type of mining environment, whether it is hard rock, soft rock or coal,” Albinger said. “It is also ideal for tunneling projects.”

Feedback reveals one of the main benefits of the system is its ease of installation, use and maintenance. “It is a very simple installation because it’s coax,” Albinger said. “Unlike with fiber, there is no specialized training or certifications required,” he said. “Mines are able to use their own personnel and have been providing a lot of positive feedback regarding the low maintenance involved.”

Another key benefit is its versatility. “Mines have run up to 6,000 ft of data cable with power,” Albinger said. “It is now possible to break off in multiple directions and run cable into remote areas and establish WiFi access and environmental monitoring that is fully connected and powered,” he said. “It gives mines that flexibility.”

DigitalBRIDGE can be married to pre-existing communications infrastructure. “We can build hybrid networks underground, branching off existing infrastructures,” Albinger said.

Training is provided by the company. “Strata has an internal group that goes out and does the initial installation and the training,” Albinger said. “Once the mine personnel are trained on how to work with coaxial cable, they can perform all ongoing maintenance and expansion in-house.” 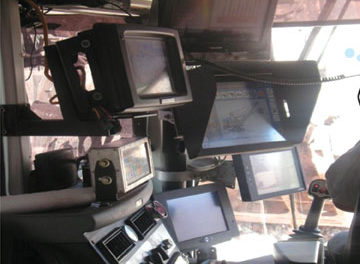