Building on the West Virginia Legislature’s action earlier in the year, the Mine Improvement and Emergency Response (MINER) Act of 2006 called for a communication or control center to monitor communication and tracking/locating systems whenever one or more miners are underground. The control center operator must be a certified underground miner, who is knowledgeable about the mine’s layout, communication network, warning systems, escape-ways, and emergency response plans (ERPs). The mines need to report accidents to the appropriate agencies within 15 minutes of the occurrence.
For the last two years, underground coal miners in the U.S. have experienced an indoctrination interpreting the new communications standards and implementing new technology, while trying to hold costs to a relatively reasonable level. When it came to monitoring systems, underground coal operators had already developed sophisticated atmospheric monitoring systems and they were retrieving and interpreting data from mining and conveying equipment. Since the MINER Act was enacted, however, the proliferation of communications advancements for underground coal mines—leaky feeder, wireless nodes, RFID tagging systems, pagers, permissible handheld radios, etc.—has been incredible. What coal companies need now is a way to effectively manage all of these resources internally. This especially holds true in the case of an emergency.
Oftentimes, safety information and equipment data is widely dispersed. Complicating matters further, the mines operate independently even within the same company. Proper decision-making requires clear and concise information. The control center operator needs to see a complete picture.
When an incident does occur, the response is usually group-oriented and coordinating efforts externally can be difficult. Executing ERPs, following Standard Operating Procedures, making the appropriate notifications, while attending to an injured miner or fighting a mine fire could easily overwhelm mine foremen. If a mine is isolated, it may have trouble locating resources off site. Emergency services and first responders may be using different radio channels or incompatible communication devices.
More underground mines operate in West Virginia than any other state. So, it should come as no surprise that these mines, local suppliers, and the West Virginia Office of Miners Health Safety and Training (OMHST) have led the effort in testing and developing systems to meet the state and federal communication requirements.
A Huntington, W.Va.-based company, Strictly Business Computer Systems (SBCS), with support and encouragement from the Office of WV 3rd District U.S Congressman Nick J. Rahall, teamed up with local and national suppliers to design a mine safety Central Communication Center. This center has the ability to bridge all of the communications systems and aggregate all of the data flowing from the mine and present it in a user-friendly interface for the control center operator. International Resource Partners (IRP), a W.Va.-based coal operator with four underground mines, agreed to test the prototype under a demonstration agreement with the OMHST. While the mine admits to a steep learning curve and an extended period of debugging, they believe the system is nothing short of phenomenal. OMHST is finalizing its evaluation of the demonstration and is looking at approving similar deployments.

The Central Communications Center
The SBCS system, or the Safety and Monitoring (SaM) System, presents information in a meaningful and useful form. It sends immediate and intrusive visual and audible alarms to trained responders. The system deploys on the mine’s private communication channels and it’s built with standards-based proven technology. With auxiliary power supplies and redundant paths of communication, it will not lose a connection.
Coal companies can use SaM to monitor and control multiple mines, which gives them the ability to divide responsibility between locations in response to an incident. The hub of the SaM System, the Central Communication Center, can be located anywhere and control can be transferred from one station to another. Key executives and managers can gain secure remote access over the Internet.
The term interoperability best describes the system. SaM employs standard Ethernet and Internet Protocol (IP) for voice, data, and video communication. SaM connects to systems in mine control rooms with remote control mechanisms and IP audio mixers. The SaM system converts all radio and telephone (cell and PSTN) analog traffic to IP. Consequently, it is compatible with any mine management or control system that supports remote control and with any radio or phone that supports digital or analog transmissions. The standard architecture includes personal computers and Voice over IP (VoIP) phones. The operator has the ability to instantaneously connect previously isolated people, such as first responders, consultants, executives, etc. Resources can be added to a conversation quickly and then removed when no longer necessary.
People can talk seamlessly between devices and execute a coordinated response. The responsible person at the mine can directly manage the delivery of resources. The system operator can quickly conference people together to make informed decisions.
The system also allows the mine to automate policies and standard operating procedures. Once the mine determines which groups need to communicate, when, what order, how (E-mail, text message, page, or voice call) and on what devices, the system can replace the manual notification process. SaM also captures an audit trail for analysis and training of command and control as well as operations management.
For a coal company operating several mines, the direct economic benefits are huge. In the case of IRP, as an example, one SaM Central Communication Center replaces what would have been four or maybe five control centers. Considering that each would have to be manned by a certified miner anytime people were underground, the coal company would be looking at savings that would approach $1 million per year. There is also the cost savings associated with improved operational efficiency. It’s impossible to put a price on the reduced liability benefits of improved emergency response, but suffice it to say it would be enormous.

Installation & Development
SBSC spent two years or more developing technology geared specifically toward the mines with a couple of partners, Carroll Technologies, a West Virginia firm that owns Delta Electric and Carroll Engineering, and Cisco Systems, along with its IP Interoperability and Collaboration System (IPICS) software. IPICS is a, scalable, comprehensive solution for communications interoperability. It allows push-to-talk communications on radio handsets, networks, laptop and PC clients, telephones, and mobile phones, improving response times and resource collaboration. By sending radio traffic over an IP network, IPICS cost-effectively lets public safety personnel exchange information when they are using incompatible radios. It can facilitate coordinated, incident management response for emergencies and day-to-day operations across multiple agencies, jurisdictions, or departments.
After the 9-11 terrorist attacks, IPICS became the tool of choice for first responders. Emergency personnel responding to the Twin Towers found that different departments could not systems that did work became overwhelmed. “To my knowledge, we are the only company using IPICS in a commercial application,” said Mike Owens, president, SBCS. The IPICS software allows the system to convert audio communication sources to standard IP. An operator can then easily create ad-hoc connections that bridge together several communication sources to apply resources intelligently in responding rapidly to routine events as well as emergencies.
“We watched as the mines grappled with integrating new communications technology with older systems and it appeared that they would need an overarching system to bridge devices that were not compatible with conventional communications,” Owens said. “For the mines to consider incorporating a safety related system into operations for daily activities it would also have to improve productivity. Until now, miners simply couldn’t talk radio to telephone to computer to whatever outlying communication that would be on the surface. Mines were losing money from downtime simply because a mechanic couldn’t easily call for a tool or part or couldn’t talk with a machine expert.
“During development, we found that we could grab the information that was being conveyed from an underground communications and tracking system and return that information from multiple mines to a single command center,” Owens said. “As the project evolved, we discovered that combining that interoperability function and the fact that we could grab that communication from each mine directly, meant that we could monitor multiple mines, aid in facilitating operational decision-making and eliminate the fog of war during emergencies.”
When an incident occurs, a lot of people have to be notified, collaborative decisions must be made, and by bringing all of that communication together, Owens explained, the uncertainty is cleared, information is more readily available, and decisions are made based on better data.
Taking a leap of faith, IRP allowed SBCS to install a prototype system that has evolved into a fully operational SaM system. “We were able to take the standard operating procedure for notification from the mine’s ERP and automate it,” Owens said. “In the event of an incident, there is a prioritized list of people that need to be notified in a timely manner. Automation allows the coal company to escalate and de-escalate an incident gracefully. Not every incident requires full escalation, but certainly every incident requires some attention and this system allows us to push that incident to the level of attention that it requires.”
In the event of an incident, the managers on site understand the mine and the miners, and they would be the most useful person for analyzing needs. The SaM operator becomes a helper or facilitator, expediting proper communications while the incident is being managing on site. This logic is consistent with what regulators hoped to achieve with tracking and communications systems—that someone would man the post, understand what’s happening, and could help. “The safety benefits of the technology go beyond response to emergencies,” said Ron Wooten, director, OMHST. “The ability for rapid interconnection of communication averts situations that could lead to injuries thus providing viable accident prevention.” 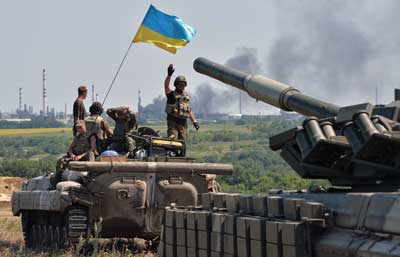 From Beckley, With Love 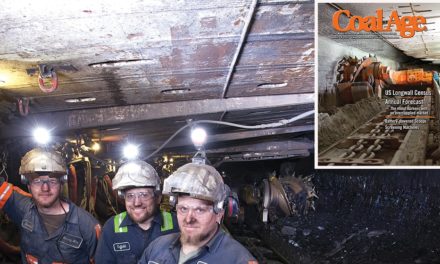