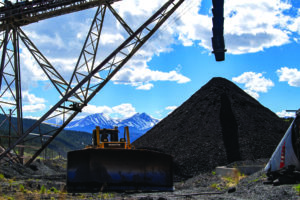 Allegiance Coal Ltd. commenced coal production in the Blue Seam at the New Elk Mine in Weston, Colorado, on May 21 with the first production unit. Initial production was hindered for three weeks due to delays in obtaining approvals to mine operational plans from the Mine Safety and Health Administration (MSHA), according to the company. The delay was due to the impact of COVID-19 on MSHA with the closure of its office in Colorado coupled with key staff on leave. Allegiance said there were no issues related to any of the mine’s operational plans.

The mine is anticipated to sell approximately 1.2 million metric tons (mt) of metallurgical coal in the first year of operation, made up of 800,000 mt directly from the mine and a further 400,000 mt of blending coal from Alabama coal producers. This approach will continue as the mine gradually ramps up to 2.5 million mtpy over the 25-year life of mine.

“We have achieved an important operational milestone, and now, with many years of operations ahead, we are gradually progressing to full production,” said Amon Mahon, COO for Allegiance Coal. “We want to build on the long-standing history and legacy of mining in the local community as we chart a new path forward for New Elk and our local community.”

The company sold four Blue Seam cargoes, which solved a potential timing problem the company said it was facing with the planned closure of the Black Warrior River from June 23 to July 24, during which the company was planning to move both Blue Seam coal by rail, and Pratt Seam coal by barge (on the Black Warrior River), to Convent Marine Terminal for blending and sale. The Blue Seam sales allowed the company to delay the Blue Pratt Seam blending strategy to align with the accelerated commencement of the second production unit in the Blue Seam, presently planned for early August.

The company has been in discussion with a local cement company for supply of a low volume of coal to generate heat in the cement plant’s kiln. The cement company has previously used Blue Seam coal, acquiring the remnant coal stockpiled at the mine following its closure in July 2012. A trial sample is being supplied to the cement plant from the initial Blue Seam production, which may lead to a long-term supply contract.

Currently, New Elk has 50 employees, increasing to an estimated 80 people by the end of the year, and nearly 200 at peak production. This is in addition to a further 200 contractors and service providers to the mine. 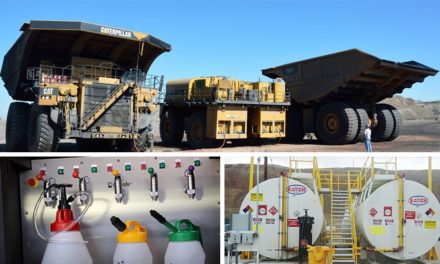 Sizing Up a Fluid Situation