The current political crisis in Ukraine may put an end to the country’s coal production with the closure of most mines. There are several reasons for this, but the most important is that Ukrainian coal mines have lost the government support that has been keeping them afloat.

Current Prime Minister Arseni Yatsenyuk plans to sign an economic pact with the European Union (EU), the Free Trade Zone Agreement (FTZA), during 2014. To do this, the government needs to launch several economic reforms and eliminate protectionist measures, such as the large subsidies for coal producers.

In the beginning of 2014, according to official information from the Ministry of Energy and Coal Industry of Ukraine, about 79% of all its coal mines, which account for about 74% of all coal production, have failed to turn a profit. For this reason, they have been receiving government subsidies. At the same time, according to producer unions, another 14% are teetering on the verge of profitability. These mines are not currently receiving subsidies, as they are still profitable, but margins have been gradually decreasing, and in 2015-2017 some of these mines may find themselves operating with losses.

In such a situation, Ukrainian authorities admit that, if they sign the FTZA with the EU, the country will forfeit 90% of its coal production capacities during the next three years. At the same time, the officials from the Ministry of Energy claim that it doesn’t matter if the Ukraine signs this agreement or not, the subsidies will be abandoned anyway, as the state treasury simply doesn’t have the money.

According to official information from the Ministry of Energy, in 2013, Ukrainian coal mines posted total losses of UAH 13.7 billion ($1.2 billion), and the government made up for the shortfall through subsidies. It is noteworthy that the losses for the Ukraine coal industry in 2013 have jumped by 46% compared to the same figure of 2012, and this year the situation is not likely to improve.

Furthermore, the workers of the coal mines believe they deserve a pay increase. During mid-April, several hundred workers at Krasnodonugol, one of the largest coal producers in the country, walked off the job, which resulted in the company losing $1.2 million per day during the three-day strike.

The militants in Donetsk, the largest coal-producing region and a separatist center, are trying to gather support from coal miners by claiming that the government’s cooperation with the EU will result in mine closings. Cooperation with the Russian-led Customs Union, according to the militants, will not only keep the mines running, but increase the wages for miners.

The separatists are simply stating the facts. Russian President Vladimir Putin is encouraging the rapid development of natural resources. The choices for coal miners in Donetsk between an EU-friendly Kiev or a new Russian affiliation are clear.

Old Plans to be Abandoned
During the last 20 years, Ukraine failed to invest in modernizing its coal industry. As a result, the mines cannot compete and safety and productivity levels are well below EU or even Russian standards. Recognizing the legacy costs, the government was seeking a way to improve the situation.

One possibility was the Energy Reform of Ukraine, developed by the previous government that provided the major structural changes for the entire Ukrainian energy sector for the period until 2030. The draft program stipulated that by that time, total coal production should reach about 120 million metric tons (mt), including 45 million mt of the coking coal. The government believed that all, or at least a large part, of the coal mining business by that time should be efficient and profitable.

Through privatization and massive investments, they believed they could grow coal production by 50%. The government was also planning to construct a number of new coal-fired power plants. By decreasing Ukraine’s dependence on Russian natural gas, Ukraine could renovate its coal industry.

Now these plans will likely be forgotten. According to the trade union of the Ukraine coal industry, under the policy of the new Ukraine government, total production will drop four-fold by 2016. In the next three years, Ukraine’s coal production may decrease from 80 million mt to about 20 million mt. The number of operating mines will drop from 150 to 30. As many as 100,000 people could lose their source of income. The trade union already asked the government to reconsider the situation and to not abandon the old programs of industry development, or at least to keep some support for the coal producers.

At the same time, the Russian Union of Industrialists and Entrepreneurs warned its Ukrainian colleagues against signing the FTZA with the EU. They believe the impact on domestic coal production may be even greater. In addition to improving working conditions at the mines, the signing of the FTZA will require the Ukraine to meet EU standards. Those standards prohibit the use of raw coal with a sulfur content higher than 1%.

“In general, we are not happy with all these changes, and how it will affect the future of coal mines today is really not clear. An agreement with the EU will set stringent environmental requirements for Ukrainian companies. And, sulfur content is one of the most important and dangerous points for our business. The coal with the higher sulfur content is valued the most by local plants and it is mined by the most effective producers,” said Yuri Grishko, deputy director of the South Donbass coal mine.

Ukrainian coal producers do not believe that the government will really sign the FTZA under the current circumstances. Prime Minister Yatsenuk already postponed the approval of its economical part, so Ukraine has time to discuss some points that may possibly hurt the domestic producers and businesses.

There is no Optimistic Scenario
At the same time, there is a belief that the Ukrainian coal catastrophe could be partially averted, if the southeast region gained independence from Kiev. Those coal producers hope to join the Russian-led Customs Union. This is an opinion expressed by Russian experts, who refuse to speak on the record.

Regardless, Russia has recently adopted an updated program to boost coal industry development through 2030. The goal is to increase coal production in Siberia and the Russian Far East, while closing unprofitable mines. According to the standards of this program, the authorities would not invest in modernizing seriously unprofitable mines. Even if separatists in southeastern Ukraine’s succeed, 70% of the mines would close within three years based on the current Russian standards.

Russian financial experts from the FIBO Group estimated that maintaining the normal activity at these Ukrainian coal mines, the Donetsk Basin or Donbass region in particular, together with an effective modernization plan, would cost RUB 100 billion ($3 billion).

With increased competition and unattractive pricing in the European market and the current economic crisis, Ukraine missed an opportunity by not moving more quickly to raise the standards for these mines.

“Although the annual budget has provided money to upgrade mines during the last years, modernization did not actually occur, and the money filled the pockets of corrupt officials,” said Head of Strategic Development Department of IBI-Rating Igor Andrusik. According to him, Ukrainian coal is virtually uncompetitive, especially compared with the Russians. The coal in Russia is relatively shallow. The coal in the Donbass lies at a considerable depth far away from promising Asian markets. In 2013, for coal that sold at levels of $37.70/ton-$41.80/ton, on average the government had to allocate $67/ton-$75.40/ton in subsidies.

“It seems that the most effective way is to close most of the mines, selling most of the equipment with the preservation of only one or two mines that can provide at least a minimum return,” said Andrusik. “Ukrainian authorities have discussed this in the past, but never implemented a plan, fearing widespread social unrest.”

The Importance of Crimea
Ukraine currently produces more coal than it is able to consume. Out of 25.7 million mt of steam coal, Ukraine exports 6.6 million mt to 54 countries, 70% of which travels by sea, mostly through the ports of Sevastopol and Simferopol. Both of those ports are located on the territory of the Crimean peninsula, which was annexed by Russia in March.

The inability to export coal in sufficient quantities will only exacerbate the situation. Experts estimated that the ports of Odessa and Kherson, both located on the continental part of Ukraine, could not cover the need for transportation of such amounts of coal, especially taking into account the plans of the government and private companies about the increase of production volumes.

“If the country’s coal industry will not face serious reforms, and export growth will be insufficient, the overproduction of coal will be accompanied by a mass stop of the mines already in the third quarter of this year, which will lead to actively protesting miners,” said Yevgeniy Timoshenko, head of risk management for international law firm Integrites.

“With the loss of Crimea, our producers have lost the main supply channels. At the moment, it is almost impossible to send the goods via the old routes, and taking into account the payment of customs duties on the newly established border between Ukraine and Crimea, supply becomes more expensive and utterly meaningless from an economic point of view,”said Maxim Dileshko, representative of the Ministry of Energy and Coal Industry of Ukraine.

In 2013, Ukraine increased its coal exports by 30% compared with 2012. At the same time, for the first quarter of 2014, the volume of exports also increased by 31% compared with the first quarter of 2013 in monetary volumes reaching UAH 117 million ($9.8 million). If they could access the border between the mainland parts of the country and peninsula, Ukraine producers this year could increase export supplies by about 40%. Those exports would support a weak hryvnia, which dropped by 20% against the dollar since the beginning of the year.

With the loss of Crimea, Ukraine lost a number of long-term projects that promised to help it deal with the crisis of overproduction of coal over the next decades. In particular, one such potential project was the construction of the largest port in the Crimea by a group of Chinese investors. It has potentially allowed Ukrainian coal companies to compete with Russian coal for some Asian markets. Ukraine government officials used to claim that this port would become the connection point of Europe and Asia.

The current crisis also promises to strike hard the coal mining companies of the country, in particular the largest producer of coal in the country — DTEK. Its owner – the richest person in the country, Rinat Akhmetov, according to Ukrainian authorities, could be the shadow director of all pro-Russian movements in southeastern Ukraine. Experts suggest that this year DTEK will face the fall of profitability by two times, which will force the company to abandon its long-term development plan due to the lack of money.

Financial problems surfaced last year when DTEK’s net profit dropped by 44% compared with 2012. The company blamed weak sales of coal, changing market conditions and a decrease in the amount of compensation for the difference in tariffs for heat. At the same time, the company representatives refused to comment on the prospects of the company for this year, claiming that “in general, the market situation is very serious.”

Are Your Coal Miners Prepared to Self-escape? 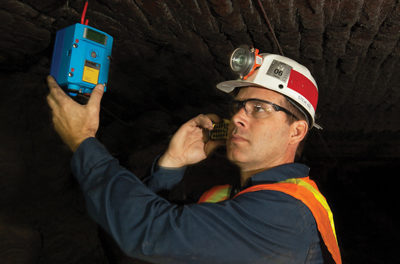