An operator trams a continuous miner toward the face.

Following a period where demand destruction forced several CAPP operators out of business, the region sees some positive signs

What sets the Central Appalachian (CAPP) region apart from other coal basins is reserves of high-quality, low-sulfur coal. The region, which consists of West Virginia, eastern Kentucky and Virginia, suffered when overall thermal coal demand declined similar to other coal-producing regions. When metallurgical coal demand and prices began to climb, it breathed new life into the region. Last year, the region produced about 131 million tons or 17% of total U.S. production.

Eastern Kentucky has suffered the biggest drop in coal production. Finding stats on the region is difficult because the mines in the western part of the state would be classified as Illinois Basin operations. According to government information, eastern Kentucky had 138 mines that produced 18.1 million tons last year. Looking at the situation county by county (Pike, Perry, Harlan, Knott, Floyd, Martin and Letcher), coal production dropped from 76 million tons in 2008 to 14 million tons in 2018.

Virginia has a little more than 50 mines and employs more than 2,400 miners, who produced 13 million tons last year (9.4 million tons from underground mines). In 2008, Virginia produced 25 million tpy from 114 mines.

Looking at the top 30 CAPP mines, today several companies (Alliance Resource Partners, Arch Coal, Blackhawk Mining, Contura Energy, Coronado Coal, Murray Energy Corp. and Rhino Resource Partners) control multiple mines. Most of these mines are located in West Virginia and about one-third of them are surface mining operations. The mines at the top of the list are highly productive longwall mining operations. The total production from these 30 mines grew by 1.2 million tons to more than 64 million tons in 2018. As can be seen in the data, that growth figure glosses over big production swings for some mines.

Beyond this group of mines producing about 1 million tpy each, there are another 100 mines producing the remaining 67 million tons. Many of these mines are held by smaller companies. Some of them have been making investments in the region as well.

Every bit of good news from the CAPP region seems to be followed by bad news these days, but at least there is some good news. Three large coal operators announced new met projects for West Virginia. Arch Coal plans to invest in another longwall mining operation (Leer South), Contura Energy’s board approved the Lynn Branch project and CONSOL Energy said it would begin developing the Itmann mine. That was followed by the Blackjewel bankruptcy, which included the Revelation mines in this district, and the Blackhawk financial reorganization.

Arch Coal is investing $360 million to $390 million to develop the Leer South mine ($100 million in 2019). Development is progressing well and the company now expects longwall mining to commence in the third quarter of 2021.

“While it’s still early in the development process, we are encouraged by the significant progress and positive momentum our team has exhibited,” Arch Coal President and COO Paul Lang said. “Leer South is expected to be among the lowest-cost, highest-margin coking coal mines in the U.S. As such, we are sharply focused on getting the longwall online as quickly as possible, and will be looking for every opportunity to accelerate the development process.”

The company has completed the slope and started development work. Arch expects to produce 1.3 million tons of premium, High-Vol A coking coal with continuous miner units prior to the startup of the longwall mine. Based on today’s prices, those development tons could generate EBITDA of roughly $100 million — or more than 25% of the total projected capital needed to develop the mine — prior to the longwall’s startup.

With the addition of Leer South, Arch expects to expand its High-Vol A output by 3 million tons and cement its position as the leading supplier of High-Vol A coking coal globally.

In addition, the Leer mine will be progressing into the heart of its reserve base in late 2019 — at which point the average seam thickness of the Leer reserves will increase by roughly 12 in. That should drive both an increase in output and a reduction in per-ton cost at the operation.

At present, Arch expects its High-Vol A output to climb to 7 million tons per year in 2022 and to remain at or above that level into the 2030s.

In April, CONSOL Energy announced it would begin to develop the Itmann mine, a new low-vol metallurgical coal mining operation in Wyoming County, West Virginia. This would be the company’s ﬁrst major growth initiative since its IPO. “The Itmann mine begins the next phase of our evolution,” said Jimmy Brock, CEO, CONSOL Energy. “It will further diversify our already robust portfolio by adding a new metallurgical coal product stream to the mix.”

“We are on track in procuring mine equipment, and we are trending below our capital budget for the first section of the mine through the identification and purchase of rebuilt equipment,” Brock said. “All permits needed for development of the mine were received in June and July, allowing mine site preparation and construction to begin during the third quarter of 2019. Engineering and environmental work is also under way to permit a new prep plant and refuse facility at the former Itmann plant site, and a schedule has been developed for submitting the required permit applications throughout 2019.”

The Itmann project has an anticipated mine life of 25-plus years. It is expected to produce 600,000 tons at its full run rate. The $80 million project is scheduled to be completed in 2021.

Contura Energy’s board of directors approved the $30 million Lynn Branch metallurgical coal project in Logan County, West Virginia, which is expected to reach full production by the second quarter of 2020. The company said the Lynn project is expected to unlock a high-quality, 25-million-ton high-vol met coal reserve. The project is expected to produce approximately 1 million to 1.2 million tons annually at its full estimated run rate, with a projected cash cost per ton in the low $60/ton range. The capital investment includes improvements to the Band Mill prep plant to accommodate this coal.

For the second quarter, Alliance Resource Partners reported 10 million tons in production, a 3.3% increase in production compared to the same period in 2018. Alliance President and CEO Joe Craft cited increased production from the addition of two mining units at the River View mine and strong performance from the Tunnel Ridge longwall mine, among others. He also said the expense per ton has increased at Tunnel Ridge and River View. Recovery rates at River View were affected by adverse geological conditions. Likewise, Tunnel Ridge encountered adverse geology at the start of a new panel.

Rhino Resource Partners sold 395,000 tons from its CAPP mines in the second quarter compared to 419,000 tons last year. It was an improvement over 389,000 tons in the first quarter of 2019. “The decrease in sales volume compared to the prior year was primarily due to less customer demand for steam coal from this region,” said Rick Boone, president and CEO of Rhino’s general partner. “Strong prices in the coal markets, especially met coal prices, resulted in increased coal revenues year over year as sales tons remained relatively flat.” He said mining costs have increased due to adverse geology, as well as rising costs for labor, contract services and steel prices for roof support.

American Resources has been on a mission to increase met coal production in the CAPP region. The company continues to execute on its growth plan through a combination of expanding its currently producing coal mines, bringing its existing idled, permitted mines back into production, and strategically acquiring additional permits and operations.

“When the management team founded the company in early 2015, we set out to pull from our combined expertise in restructuring inefficient businesses and our prior first-hand experiences in managing coal mining operations over the last decade,” said Mark Jensen, CEO, American Resources Corp. “Our mission was to opportunistically identify good operations that could be acquired in an accretive manner that have sizable organic growth opportunities, mismanaged operations where we can use our collective experience to ‘right-size’ the operations, and operations that can be completely restructured, resulting in expanding margins and quickly made into a productive asset.”

Over the past year, American Resources acquired its fourth coal processing hub, and its first mining complex in West Virginia, Wyoming County Coal. The company also acquired a 27-million-ton deposit of high-quality, metallurgical coal in eastern Kentucky. “Our access to quality metallurgical coal is abundant, and the growth of our metallurgical coal production is our main focus throughout this phase of our growth,” Jensen said. “We see the demand for metallurgical coal to produce steel as strong and sustainable.”

In May, the company announced it was restarting production at its Carnegie 1 mine under its expanded production plan. The Carnegie 1 mine, an underground mine located in Pike County, Kentucky, mines coal from the Lower Alma coal seam (a high-Vol A/B met coal).

Recently completing Phase 1 of its three-phase plan, the production infrastructure at Carnegie  has been redeveloped and expanded to operate a walking super section, which uses two continuous miners versus the typical one continuous miner during two production shifts with an additional supportive maintenance shift. During July (Phase 2), production grew to 18,000 to 22,000 clean tons per month. During Phase 3 (November), production will again be expanded to operate two separate sections: one being a full super section and the other a walking super section, with two production shifts and one maintenance shift. Initial production range is expected to be approximately 32,000 to 42,000 clean tons per month.

JRL Energy Inc., another Appalachian operator, recently announced it was expanding its underground mining operations in Harlan County, Kentucky. JRL started mining at the Magnum No. 1 mine in June.

This location is expected to reach full production soon and will employ 35 miners and support staff. These positions are all newly created jobs in Harlan County. 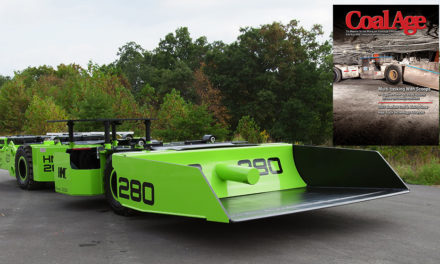 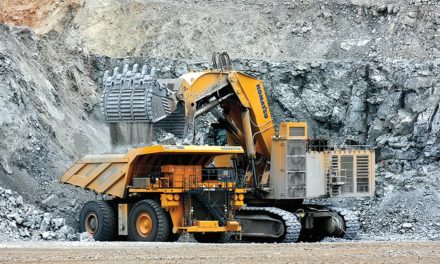 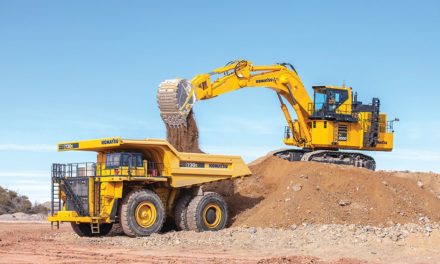