The PV-235 introduced at MINExpo 2008 currently is the smallest model in the Atlas Copco Drilling Solutions (ACDS) Pit Viper Range of blasthole drilling rigs built at Garland, near Dallas, Texas. Designed for drilling holes 6 to 10 in. diameter and available with any one of three towers to drill 30-ft (9.1-m), 35-ft (10.7-m), or 40-ft (12.2-m) deep holes, the new machine will make the Pit Viper design’s advantages available in this intensely competitive segment of the surface drilling market. The new rig incorporates further technical developments in the areas that were earmarked for improvement in the earlier models and features Atlas Copco’s very successful RCS rig control technology as an option. Product Manager–Blasthole Drills Dustin Penn says the new machine can be configured in a surprising number of ways to offer an optimal match to a mine’s particular operating method and environment.

With the new family member ACDS now has Pit Vipers that are competitive in most large- and medium-scale surface metals, coal, and industrial minerals mine drilling applications. The PV-235 complements both the large Pit Viper 351, which was launched at MINExpo 2000, and the PV-270 series that made its Las Vegas debut in 2004. Like the PV-271 single pass and PV-275 multi-pass machines, the PV-235 can be equipped either for rotary or for down the hole (DTH) drilling, the selection usually being made to match the hardness of the rock types to be blasted. The Pit Viper 351, on the other hand, is a purely rotary drilling rig for large diameter holes.

Like the PV-351 and the PV-270 models, the PV-235 will be available with a choice of either diesel or electric power. And it retains the hydraulic systems, including the rotary head that has consistently been preferred by the Garland design and engineering team for many years.

Although the extended family has replaced some of the Drill Master generation of rigs, other DM models remain complementary to the Pit Vipers, so that ACDS is now able to offer a very wide range of machines. For example, although the Pit Viper 351 was envisaged as a replacement for the DMH model in actuality it is significantly larger—according to ACDS, the most powerful blasthole drilling rig on the market when it was launched. On the other hand, the PV-271 was designed to provide an upgraded replacement for the DMM-2 and the PV-235 will probably replace the DML model.

Proven Technologies Provide Performance and Reliability
Competitive performance and excellent long-term reliability have been key marketing points for the ACDS range of drilling rigs for a long time. The PV-235 is specified and fabricated to maintain this reputation, with particular attention having been paid to the reduction of horsepower demand and non-drilling time.

Platform
Starting at ground level, the Pit Viper 235 has a newly designed platform. It is built with two-speed hydraulic excavator-style Caterpillar 330 undercarriages—the 330 for units with the 30-ft tower, 330L with the 35-ft tower and 330EL when the 40-ft tower is fitted. A high-speed lock-out operates with the tower raised.

The plate steel frame is new to blasthole drill construction, according to ACDS, and was designed using finite element analysis. Material thickness is one-third that of an equivalent welded plate construction and has a better fatigue life. The frame accommodates the 450- and 600-gallon fuel and water tanks, which are ISO block, 3-point isolation mounted, and an additional 400-gal water deck tank can be fitted if no dust collector is used.

For safer, easier, and quicker troubleshooting and maintenance the Grip Strut open mesh deck provides excellent access to the superstructure elements, including the ground level battery and starter isolators, and deck level access for the service points on most systems, with Quick Fills at waist level. Optional fittings include a bolt-on drum deck for lubricant and fluids storage, a central lubrication system, fire suppression equipment, a jump start receptacle, and a spring-assisted ladder.

Power System
For mounting on this platform, ACDS has decided to offer customers a wider choice of power system options than on previous models.  The structure is similar to that designed for the Pit Viper 351, with an independent substructure and 3-point mounting. But there is a wider choice of Cummins or Caterpillar engines, covering the range 540–800 hp at 1,800 rpm with the Cummins QSX 15 to QSK 19 or Cat C15 to C27 engines meeting Tier III regulations.

The hydraulic system has been further refined, with load sensing and other features to reduce horsepower demand. The heavy duty gearbox is driven from the front of the engine. There is one piston pump for rotation; one load-sensing piston pump for the feed, set-up and auxiliary functions; and one pressure-compensated piston pump for the fan circuit. The propel function uses the feed and rotation pumps and there is an in-cab switch to select the diverter valves. The valve rack is centrally located for easy service access, at the same time simplifying hose runs and control wiring. The pressurized hydraulic fluid tank has a capacity of more than 100 gallons and the filters are easily serviceable.

Available as an option is an enclosure that further reduces noise, provides cold weather protection, and has full-length doors for service access.

Towers
The open front structure of the three towers available is similar to that used on the other Pit Viper models—fabricated from rectangular steel tubing by certified ACDS welders and having four main vertical members. The 40-, 35- and 30-ft clean hole depths mentioned previously are the distance from ground level to the bottom of the hole, while the top of the bit basket is 5 ft above ground level. Using a starter rod and the updated four-rod carousel, the 40-ft tower can multi-pass drill to a maximum depth of 200 ft (61 m). The carousel features spur indexing drive and a parking brake.

The PV-235 is fitted with a standard single-speed direct drive rotary head which, says ACDS, requires less maintenance than other designs. These rotary heads are fitted with adjustable wear straps. The spur gear head design used on the present DM45 and DML rigs is an option.

Another characteristic feature of the Drilling Solutions tower design is the cable feed pull-down and pull-back system developed in-house and introduced on the DM-M3 rig. Low-cost, four times lighter and much quieter than a chain feed, this system offers good buckling resistance and absorbs loads transmitted from the drill before they reach the rotary head. Because the operator can monitor cable wear, catastrophic failure can be avoided. The single cylinder cable feed designed for the PV-235’s 40-ft tower provides a higher weight on bit compared to the DML and further improvements in non-drilling speed. Auto-tensioning of the cable, necessary to counter the loss of tension caused by cable stretch, is by means of a single cylinder with exclusive balancing yoke.

For angle drilling, the PV-235 uses the tilting unit at the base of the tower as proven on the earlier Pit Vipers, with adjustment from vertical to 30° in 5° increments. But the rear telescopic support legs provided on the larger rigs are unnecessary. This single pivot design reduces non-drilling time significantly, with tower times up being respectively 10.1, 11.6, and 13.6 seconds for the 30-, 35-, and 40-ft towers and tower down times 10.1, 11.7, and 19.8 seconds for the three units. The rig has a two-cylinder impact slide wrench for drill string breakout which has replaced the single-cylinder deck fork used on previous models.

The rear jacks are incorporated into the new tower rest, as are the exhaust mounts, air cleaners and lights. The arch-shaped rest adds torsional stiffness to the frame and riser arms secure the tower when it has been lowered, reducing wear during tramming.

Operator’s Cab
Together with the power system enclosure, if fitted, the most distinctive feature of the latest Pit Viper is the cab. The cantilevered pod-type FOPS design is a further advance on the progress achieved with the PV-270 series machines in terms of both capabilities and appearance. “This is definitely the nicest cab we’ve ever done,” said Penn.

Visibility is enhanced not only by the shape of the cab and large glass area but also by tinted windows, improved wiper/washers and six Nordic integral lights (which also consume less power than conventional ones). The integrated air conditioning system—with hydraulically powered compressor, evaporator and condenser—is mounted under the cab rather than on the side. ACDS worked with the cab supplier to achieve further noise reduction. For easier housekeeping there are fitted floor mats and a sweep-out door at the non-drill end. Also on optional offer are a safety camera system and a radio/CD player for the cab.

The standard controls are electric over hydraulic, with in-seat joysticks and push buttons.

Adding the proven Atlas Copco Canbus-based RCS rig control system, which is an option, provides various levels of automation, in common with the rigs manufactured by the company’s surface and underground teams in Sweden. For the PV-235 these options include remote tramming, auto levelling and GPS navigation, all of which can help minimize nondrilling time, and also measure-while-drilling logging technology. Atlas Copco reports that these features attracted considerable interest at MINExpo 2008. The use of the RCS technology has also significantly reduced the number of control sticks, with one for each hand operating the key drilling and tramming functions.

Growing Acceptance
Given a timely recovery in the mining sector, prospects for the new Atlas Copco Drilling Solutions model are good if the Pit Viper 235 enjoys the same level of success as its predecessors. Although it is almost eight years since the first Pit Viper 351 started drilling at the then Phelps Dodge Morenci copper mine, commercial deliveries of the rig only started in 2005–2006 after the introduction of the PV-270 series and a ramp-up of assembly lines. The first PV-351 electric units headed south, to Codelco’s Chuquicamata operation in Chile and to South Africa.

Codelco reported excellent results with the first machine. Two Pit Viper 351 rigs at Anglo Platinum performed well and they have since taken delivery of additional PV-351 electric drills. The Morenci mine has been drilling with several PV-351 diesel rigs.

There are now PV-351 fleets working for Vale at Sossego in Brazil, at the Goldcorp Penasquito precious metals mine in Mexico, and at the Los Pelambres and BHP Spence copper mines in Chile. Antofagasta Minerals chose a mix of diesel and electric rigs for Los Pelambres and electric rigs for their Esperanza project. and Rio Tinto has done the same at the Rössing uranium mine in Namibia, southern Africa. The first Pit Viper 351 to enter service in Western Europe will be located at Boliden’s expanding Aitik copper mine in northern Sweden. 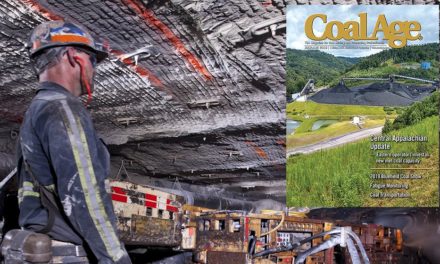 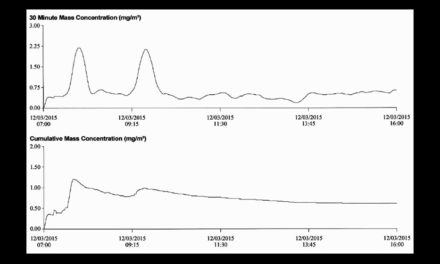