MORE PLANTS IDLED AS THE INDUSTRY PULLS BACK

The U.S. operates the largest fleet of preparation plants, which is what allows the power sector to burn coal as cleanly as it does. The state of the coal prep business is a direct reflection of the industry itself. During the last year or so, the business has slowed considerably and several properties have changed hands.

Overall, the number of U.S. prep plants declined to 268 from 286 last year. Of those plants, 19% reported their status as idle. Geographically, the story remains pretty much the same. Most of the prep plants are located in West Virginia (80) and Kentucky (56), followed by Pennsylvania (44), Virginia (18), Illinois (16) and Indiana (14).

After Murray Energy purchased the CONSOL Energy assets, it renamed all of these mines and placed them in a newly formed division, Murray American Energy. Blacksville No. 2 is now Monongalia County; Loveridge is Marion County; McElroy is Marshall County; Robinson Run is now Harrison County; and Shoemaker is Ohio County.

DRA Buys Taggart Global From Forge
Several plants changes hands last year and so did one major plant builder. DRA Group Holdings Pty. Ltd. acquired the Forge Group North America, formerly known as Taggart Global. The terms of the deal were not disclosed. DRA is a South African-based engineering group that specializes in mining, minerals processing and infrastructure services. It has offices and operations in nine African countries, Australia, Canada, China, India and the U.S. now.

Taggart will add extensive experience in coal preparation and diverse mineral and aggregate handling systems in North America, Africa, Australia and China to DRA’s mix. Founded in 1993, Taggart has long-standing relationships with leading mining houses and utility companies. In July 2013, Taggart Global, which was having financial difficulties, was acquired by Forge Group, an EPCM firm based in Perth, Australia, for $43 million plus an additional $25 million of potential earn-out payments. Forge’s parent company went into administration and, more recently, liquidation.
Going forward, DRA’s operations in the Americas, including its existing Canadian business, will be consolidated with Taggart to reflect the combined strength and diversity of both enterprises.

DRA’s operations in the Americas will conduct business as DRA Taggart. The existing Taggart management group will remain with the company, and will share an equity stake in the newly formed DRA Taggart business.

“We are excited to partner with Taggart and accelerate their growth in the worldwide coal preparation and material handling markets,” said Paul Thomson, CEO DRA Group. “We are particularly attracted to Taggart’s ability to build and operate pollution control systems, coal preparation plants, mineral load-out facilities, and material handling facilities.”

Coal Age makes every effort to contact as many prep plant operators as possible when it conducts its annual Prep Plant Census. The Mine Safety and Health Administration also contributes along with some of the firms that build and upgrade prep plants. If your plant was omitted for whatever reason, please contact us. 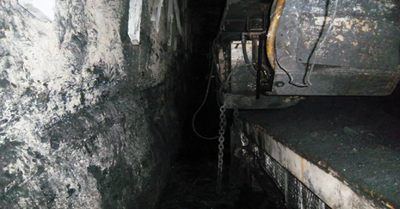 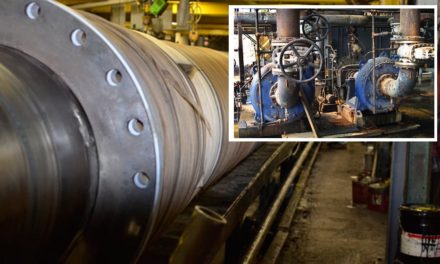 Braking in the Mine