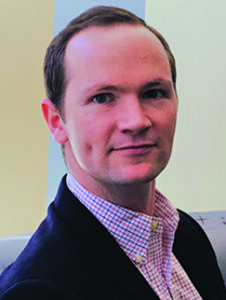 Summer heat has arrived and for too many families, there’s deep concern over whether they can afford to stay cool or whether the grid is going to hold up when they need it most. With natural gas prices nearly three times what they were last year, electricity prices soaring and startling warnings about eroding grid reliability, this is likely to be a memorable summer for all the wrong reasons.

The West Coast, Texas and the Midwest are all at risk of blackouts — a clear sign of a situation going from bad to worse — and while regulators are sounding the alarm, there’s no consensus over how to address the problem. There are those who seem to be grappling with reality, and then those determined to press forward — even accelerate — a renewable-only agenda even as the wheels appear to be coming off the grid.

Put John Moura, director of reliability assessment and performance analysis at the Norther American Electricity Reliability Corp. (NERC), in the “grappling with reality” camp. After NERC released its 2022 Summer Reliability Assessment, so dire it’s been labeled “unprecedented” by more than one journalist, he said, “It’s a pretty sobering report, and it’s clear the risks are spreading.” He added, “And while we’ve initiated action on a number of fronts and sounded the alarm bells for many years, there’s clear, objective, conclusive data indicating that the pace of our great transformation is a bit out of sync with the underlying realities and the physics of the system.”

NERC CEO Jim Robb offered the same kind of frustrated warning last year, saying, “…in our hurry to develop a cleaner resource base, reliability and energy adequacy has to be taken into consideration.” He continued, “I know that operators and planners are working very, very hard to preserve reliability, but they’re continually asked to do so and manage your grid under more and more challenging conditions.”

Federal Energy Regulatory Commissioner James Danly has also been outspoken about the need for a policy pivot that places greater emphasis on maintaining reliability and recognizing the inherent risks of a rush away from traditional, dispatchable sources of power toward intermittent alternatives.

Danly recently pushed back on the idea that transmission reform is all that’s needed to right the reliability ship. “I think there is in the minds of some, [the idea] that as long as we get the transmission issue correct, everything will eventually solve itself,” Danly told Politico. “I am simply a skeptic. My grave, grave fear here is that what’s going to have to happen to focus people’s attention on the solutions that are necessary to ensure resource adequacy and ensure reliability is going to be some catastrophic event that demands our attention be given to these problems.”

We should all be worried about the transition. From one side of the country to the other, grids are short capacity they can count on with state mandates and federal regulatory pressure only exacerbating the problem.

Renewable absolutists and the regulators that carry their water desperately need to face reality. Preserving reliability requires a policy reset. That doesn’t mean halting the addition of renewable energy sources or discontinuing the important work of fixing transmission policy, but it does mean recognizing the importance of existing dispatchable capacity — particularly coal capacity — to keeping the lights on. Maintaining reliability requires pragmatic energy policy that stops trying to disassemble what works before we have proven alternatives in place.

Permit Title Fight—Round One to the NMA