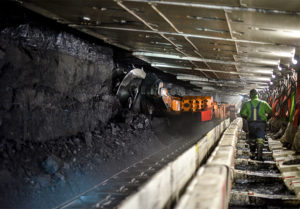 Warrior Met Coal Inc. reported a net income for the second quarter of 2022 of $297 million, the company’s third consecutive quarter of record quarterly net income. “We continue to realize the benefits of our premium met coal assets and efficient business model, setting new quarterly records in a number of different financial metrics, including revenue, adjusted net income and cash flow from operations,” said Warrior CEO Walt Scheller. “Our mining capabilities and assets, combined with our strategically accumulated inventory, enabled us to take advantage of the macro tailwinds this quarter, capturing strong demand from customers in what has been a high, albeit volatile, pricing environment. We are particularly proud of our ability to manage through shipment delays relating to port maintenance, the lack of available rail transportation and port congestion as well as the impact of significant inflation on costs to deliver these results.”

“With our business having shown the ability to take advantage of strong pricing cycles and also withstand turbulent economic periods with disciplined expense management, we are well-positioned, despite global headwinds, heading into the second half of the year,” Scheller said.

Warrior updated its production guidance for the full year 2022 to 5.5 – 6.5 million tons with longwall moves planned for the third and fourth quarters. In addition to sustaining capital spending of approximately $75 – $80 million, the company plans to spend $110 – $120 million for the 4 North portal construction, deposits on two new sets of longwall shields and the development of the Blue Creek project for which the company has also budgeted $45 million for 2022.