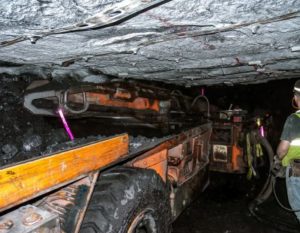 Warrior Met Coal Inc. is relaunching the development of its Blue Creek reserves into a new, world-class longwall mine located in Alabama near its existing mines. Once completed, the company said this transformational growth investment will reinforce Warrior’s position as a premier U.S. pure-play producer of premium metallurgical coal products.

“We are extremely excited about this organic growth project, which will transform Warrior and allow us to build upon our proven track record of creating value for stockholders,” Warrior CEO Walt Scheller said. “Blue Creek is truly a world-class asset and our commitment to this new initiative demonstrates our continued, highly focused business strategy as a premium pure-play met coal producer.”

The Blue Creek development will be a single longwall mine and is expected to have the capacity to produce an average of 4.8 million short tons per year of premium High-Vol A met coal over the first 10 years of production. It is one of the last remaining large-scale, untapped premium High Vol A met coal reserves in the U.S.

Warrior expects to invest approximately $650 to $700 million over the next five years to develop Blue Creek with expected spending in 2022 of approximately $45 million to begin the project. Based on the current schedule, Warrior expects the first development tons from continuous miner units to occur in the third quarter of 2024 with the longwall scheduled to start up in the second quarter of 2026.

“We estimate Warrior will continue to generate robust free cash flows during the development of the project and we expect to fund the 2022 capital expenditure requirements of $45 million from internally generated cash flow and cash on hand,” CFO Dale W. Boyles said. “We plan to be opportunistic in evaluating funding alternatives for Blue Creek, which we view as very manageable given our current liquidity position and ability to utilize existing free cash flow and equipment financing.”