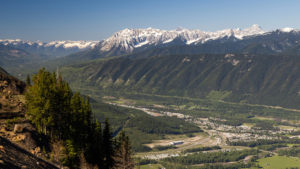 Teck Resources reported a structural failure of the plant feed conveyor belt at its Elkview metallurgical coal mine in the Elk Valley of British Columbia, Canada. Initial estimates are that production at Elkview Operations will be interrupted for 1-2 months as repairs are implemented. Teck said it will reschedule planned plant maintenance to take advantage of plant downtime and mine operations will focus on pre-stripping during the outage. Assuming a two-month suspension of plant operations, Teck expects the impact on 2022 steelmaking coal production will be in the range of 1.5 million metric tons (mt).

When also factoring in the impact of the recent labor action at Westshore Terminals, Teck said its third-quarter met coal sales are now expected to be between 5.5 – 5.9 million mt versus our previously announced guidance range of 5.8 – 6.2 million mt.

Alliance Names Craft Chairman of Board