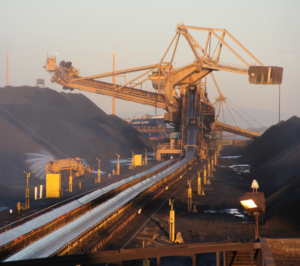 Canada-based Teck Resources Ltd. signed an agreement in principle with Westshore Terminals Ltd. Partnership on the terms for the shipment of steelmaking coal following the expiration of the current contract on March 31, 2021. The proposed agreement will provide for the shipment of between 5 million and 7 million metric tons (mt) annually at fixed loading charges. The 5-million to 7-million-mt range will apply for the nine months from April to December 2021 and for each 12-month period (January–December) in subsequent years until the contract volume is concluded. Teck will ship 32.25 million mt under the agreement.

The proposed agreement with Westshore complements upgrades under way at Neptune Terminals and capacity at Ridley Terminals. Together, these will provide greater flexibility and optionality for Teck shipments and contribute to reduced costs and improved performance and reliability throughout the company’s steelmaking coal supply chain, the company said.

The proposed agreement is subject to definitive documentation, and financial terms will not be disclosed.

NorthWestern Will Purchase 25% of Colstrip Unit 4