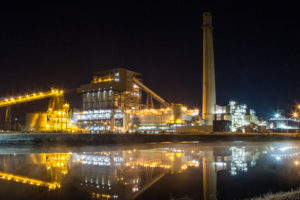 The Southwestern Electric Power Co. (SWEPCO) plans to retire the Dolet Hills coal-fired power plant in Louisiana by the end of 2026. This was part of an agreement with environmental organization the Sierra Club approved by the Arkansas Public Service Commission on January 8.

The 650-megawatt plant is co-owned by Cleco and SWEPCO, a subsidiary of American Electric Power. Cleco operates the plant.

SWEPCO and Cleco filed their final integrated resource plans (IRP) for 2019 last week, which included a shift in focus from the lignite coal plant to other fossil fuels and renewable resources.

In early 2019, Cleco announced the plant would shift from year-round to seasonal dispatch. “Dolet Hills will transition both its mining operations and plant operations to a seasonal dispatch, focusing primarily on the summer months June through September,” Cleco said in the IRP.