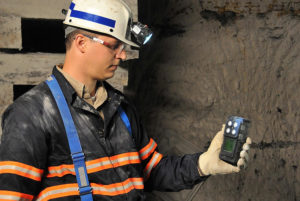 Strata Worldwide signed a new distribution agreement with CSE Corp. for the promotion and distribution of CSE’s line of mine safety products. This partnership between two well-known safety corporations will further strengthen each company’s support of the mining and tunneling industries, the companies said.

The CSE products are immediately available through Strata and include the company’s range of self-contained self-rescuers (SCSRs), including Biomarine’s BioPak 240R, CSE’s machine-mounted methane detector, the rugged handheld G4 multigas gas detector, and the Flame-XM-1 Mine Safety and Health Administration-approved cordless cap lamp.

“Like Strata, CSE is a well-established name in the mining industry and makes best-of-breed products,” Strata Worldwide President and CEO Mike Berube said. “We look forward to adding CSE’s products into our safety product offerings, while expanding their reach and increasing market share.”

Strata Worldwide will represent CSE in the United States, Canada and Mexico for both mining and tunneling.