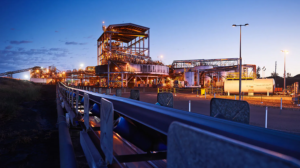 Last year, Stanmore Resources purchased BHP’s 80% interest in BHP Mitsui Coal and renamed it Stanmore SMC. Stanmore has now signed an agreement to acquire the remaining 20% in SMC from Mitsui through its Dampier subsidiary for $380 million.

“This transaction allows Stanmore to consolidate its position as a leading metallurgical coal miner in the Bowen Basin,” Stanmore Resources CEO Marcelo Matos said. “Having 100% control of South Walker Creek and Poitrel, as well as Wards Well and other projects, allows Stanmore to maximize value among our assets in the region.”

Based on current market condition, Stanmore said it could fund the transaction without issuing any debt or a capital raise. The company expects to complete the transaction in Q4 2022.