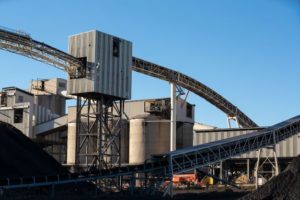 South32 Ltd. announced this week that they will not proceed with an investment in the Dendrobium Next Domain (DND) project at the Illawarra Metallurgical Coal complex, located about 75 km south of Sydney in New South Wales, Australia. The company was progressing toward government approval for DND which would have added new mining areas within the existing mining lease.

While studies demonstrated the project would extend the life of the Dendrobium mine meaningfully, the expected return on the estimated $700 million capital investment was insufficient, the company explained. South32 CEO Graham Kerr said the decision would allow the company to redirect capital toward other opportunities.

Moving forward, South32 said the plan is to focus on optimizing Dendrobium and the broader Illawarra Metallurgical Coal complex to extend mine lives within current mining leases. That includes existing plans for the Appin mine to transition to a single longwall from FY25, bringing further operating and capital efficiencies. The company plans to add ventilation capacity at the Appin mine to enable mining in the current Area 7 until at least 2039. Although this $260 million investment remains subject to board approval, it has been incorporated in the company’s previously announced capital expenditure guidance.