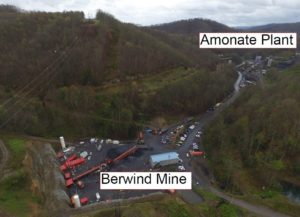 Ramaco Resources completed 2022 sales negotiations with its North American steel customers. Ramaco has now contracted to sell 1.67 million tons of both low-volatile and high-volatile coal at an overall average price of roughly $196 per short ton FOB mine. These sales translate into more than $325 million in 2022 booked revenue.

“This has been a transformative month of activity for Ramaco and one that we hope will propel Ramaco to be viewed in a different dimension as a public company,” Chairman and CEO Randall Atkins said. “As one of the only pure-play metallurgical coal producers, we have been able to capitalize on the current underlying strength in both domestic and international coal markets. Our recently concluded sales of coal for 2022 into the U.S. and Canadian steel markets have provided us with the strongest prices and realizations we have seen since we became public.”

It has also executed an asset purchase agreement with companies owned by Coronado Global Resources Inc. to purchase certain assets from Coronado. The cash consideration for the acquisition is $30 million to be paid at closing, anticipated to occur by mid-November. The acquisition will be accretive to the company beginning in 2022.

The Amonate assets from Coronado include a mine complex located in McDowell County, West Virginia, and Tazewell County, Virginia. All assets are located adjacent and contiguous to the existing Berwind mine complex. The acquisition primarily consists of approximately 50 million tons of low- and mid-volatile reserves, much of which will be mined from the Berwind mine. Also being purchased are several additional permitted mines, and a currently idled 1.3-million-ton-per-year capacity coal preparation plant.

Mine development on the Amonate reserves will begin immediately. Initial production is expected early in the second quarter of 2022, with total new incremental production for the entire year at approximately 200,000 tons. This will increase to approximately 700,000 tons at full production capacity by the end of 2023.

Capital expenditures for the new incremental tons are expected to be approximately $2 million in 2021 and $10 million in 2022, primarily for purchase of underground equipment.

The company’s existing nearby Berwind mine is expected to reach full production capacity of roughly 750,000 low-volatile tons in mid-2022. By the end of 2023, together with the Amonate reserves, the combined mine complex will be capable of producing between 1.4-1.5 million low-volatile tons, primarily from the Pocahontas No. 4 coal seam.

This will increase the company’s overall annual production capacity to approximately 3.7 million tons of metallurgical coal, with an allocation of roughly 60% high-volatile and 40% of low-volatile coals.

Atkins said the company expects to ultimately double current 2021 production to between 4-5 million tons over the next few years.

Adani Can Begin Construction on Carmichael Mine