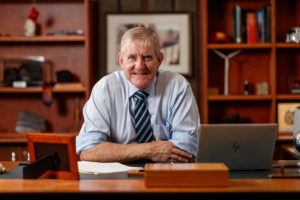 Queensland’s resources sector has come out fighting in response to the government’s plans to impose higher coal royalty taxes on the industry. Queensland Treasurer Cameron Dick said royalties would increase in 2022-2023 after a decade-long freeze. The changes are still being worked out ahead of his June 21 budget.

Queensland Resources Council (QRC) Chief Executive Ian Macfarlane said it was disingenuous for Dick to frame the tax increase as necessary to support the health budget.

“The resources sector is already paying more than double the coal royalty taxes it paid last year due to higher commodity prices, so every Queenslander benefits when our sector is doing well,” Macfarlane said. “Queensland’s royalty taxes are already the highest in Australia. They’re almost double what New South Wales producers pay and are one of the highest amongst coal exporting countries.”

Macfarlane said the coal royalty taxes paid by the industry this financial year are expected to reach more than $6 billion — at least $2 billion more than predicted by Treasury — which is a record and the highest amount of royalties ever paid to a Queensland Government.

“As commodity prices have risen in value, so too have the dollars collected by the Queensland Government from the resources sector through royalty tax, which benefits all Queenslanders,” he said.

The industry supports the jobs of more than 420,000 people and thousands of businesses involved with the supply chain. It is also investing millions of dollars into new technologies to lower emissions and reduce the impact on the environment, he added.

“Imposing higher taxes on our sector is a short-term, political decision to plug a hole in the state budget that will inflict an immediate, negative impact on foreign investment and confidence in our industry, and will have long-term consequences for regional jobs and businesses,” he said. “I can’t imagine people and business operators in the regions are going to be too happy about that, particularly as regional communities are already the poor cousins when it comes to receiving government funding for roads, health and education spending.”

The last financial year, the sector contributed a total of $84.3 billion to the state economy, which set a new record, Macfarlane said.

The QRC is Queensland’s peak body for coal, metal and gas explorers, producers and suppliers across the resources sector.