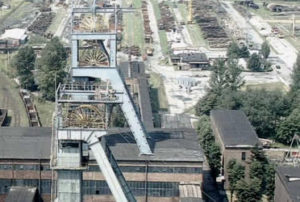 PGG’s Mysłowice-Wesoła mine in Mysłowice is one of 12 mines closing for three weeks. (Photo: PGG)

On June 9, Poland closed two coal mines owned by state-run JSW and 10 mines from PGG group for three weeks to stop the spread of the coronavirus among miners, according to Deputy Prime Minister Jacek Sasin.

Miners will receive 100% pay for approximately three weeks and there is no threat to coal deliveries, Minister Sasin said. According to PGG, it can afford to pay out salaries until July.

Rescue and mine maintenance services will remain in restricted facilities, PGG said.

Currently, coal miners account for almost 20% of all coronavirus cases in Poland, as reported by the state-run news agency PAP.

Silesia, a major mining region, accounted for more than half of the new 599 coronavirus cases reported in Poland on June 8, according to Reuters.

Peabody Will Acquire Shoal Creek Mine