Peabody and Coronado Are Considering a Deal 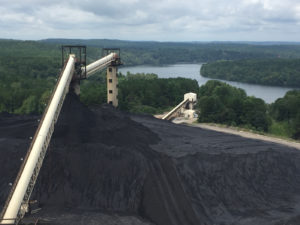 Peabody Energy is reportedly discussing a deal with Coronado Global Resources that could result in a new global giant worth $6 billion, according to the Wall Street Journal. Both companies have coal operations in the U.S. and Australia. In a regulatory filing with the Australian Security Exchange, Coronado said negotiations were occurring. Shares in Coronado rose 8% to give it a market value of around $2.19 billion after it confirmed the Peabody talks. It didn’t disclose possible deal terms. In May, Coronado said it had held talks with Arch Resources, but was unable to reach an agreement.

Peabody operates mines in Australia that produce met and thermal coals. It also operates thermal mines in Wyoming, Indiana, and other U.S. states. The Shoal Creek longwall mine in Alabama produces metallurgical-grade coal. Coronado operates the Buchanan longwall mine in Virginia and the Logan mine in West Virginia, as well as the idled Greenbrier operation, which is also in West Virginia. The company also owns the Curragh mine in Queensland.

CONSOL Resumes Production at Bailey Mine