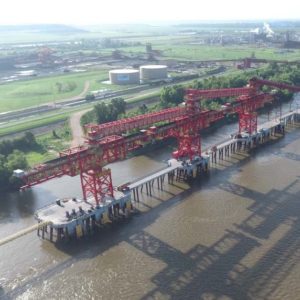 Convent Marine Terminal sustains modest damage and operations are expected to resume within 24 to 48 hours of electricity being restored. (Photo: SunCoke)

On August 31, SunCoke Energy Inc. temporarily suspended operations at its Convent Marine Terminal on the Louisiana Gulf Coast due to a power outage from the company’s utility supplier, which has experienced catastrophic damage to its electrical transmission and distribution systems as a result of Hurricane Ida. Convent Marine Terminal has sustained modest damage and operations are expected to resume within 24 to 48 hours of electricity being restored.

SunCoke Energy supplies high-quality coke used in the blast furnace production of steel, under long-term, take-or-pay contracts that pass through commodity and certain operating costs to customers. Their logistics terminals have the collective capacity to mix and transload more than 40 million tons of material each year and are strategically located to reach Gulf Coast, East Coast, Great Lakes and international ports.