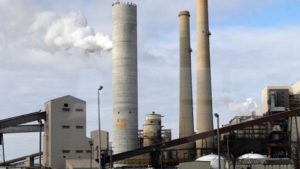 On Wednesday, U.S. utility NiSource Inc. said it would delay the shutdown of an Indiana coal plant by two years because a federal investigation into solar panel imports has stalled development of renewable energy facilities meant to replace it.

The U.S. Department of Commerce circumvention investigation related to the import of solar components from select geographies has brought uncertainty and delays to the solar panel market, the company said.

“NiSource is working with its renewable generation developers to better understand the potential project impacts,” it added.

The company anticipates that most solar projects originally scheduled for completion in 2022 and 2023 will experience delays of approximately six to 18 months. In connection with these delays, the company now expects to retire Schahfer Generating Station’s remaining two coal units in Jasper County, Indiana, by the end of 2025, rather than 2023.

NiSource has 10 solar projects in development that are intended to help replace the Schahfer plant’s 877 megawatts of capacity.

The Department of Commerce began its investigation in March, and it will not be completed for months.

Siegel Resigns from Bowie Board