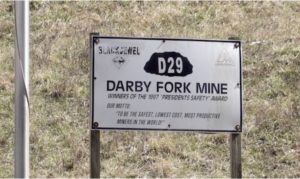 Rescuers located the body of a Kentucky coal miner late on Monday, March 21, inside a mine in Harlan County, according to the Kentucky Energy and Environment Cabinet. James D. Brown, 33, was killed Sunday night when the roof of the D-29 Darby Fork mine collapsed. The mine is owned by Inmet Mining.

Brown, a roof bolter operator with 13 years of experience, began his shift at 10 p.m. on March 20. Brown was working about 14,000 feet underground when the roof collapsed, about an hour later.

All mine operations were shut down after the accident. The Kentucky Department for Natural Resources, Division of Mine Safety sent investigators to the mine early Monday morning.

Kentucky Energy and Environment Secretary Rebecca Goodman said they will begin the process of examining what happened at this mine and how it could have been prevented.

“It is with our deepest sorrow that we must now confirm the passing of James Brown,” Inmet CEO Hunter Hobson said. “Our thoughts and prayers continue to be with James’ family and also his coworkers at INMET. We were praying for a different outcome. At this time, we have no further comment as we transition from the recovery efforts and continue working with both State and Federal agencies to determine what happened.”

MINExpo International Gets Pushed to 2021