Glencore Will Shut Down 3 Australian Coal Mines by 2023 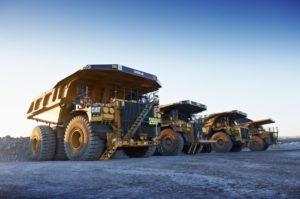 Glencore PLC is planning to shut down its Liddell, Integra, and Newlands coal mines in Australia by 2023 in line with a production target of 112 million metric tons (mt), down from 140 million mt previously planned, as reported by Argus Media. The Liddell and Integra mines are in New South Wales while Newlands, which also produces coking coal, is in Queensland.

The company has a long-term plan to reduce its global coal output by 40% by 2035 to around 84 million mt annually.

The company said the reduction in coal exports from these mines will be partially offset by Wambo United, the company’s joint venture with Peabody Energy Corp., which is set to begin production in the fourth quarter of 2020. New South Wales-based Wambo United has an annual production capacity of 5 million mt.

The current approvals for Glencore’s Glendell mine in New South Wales also end in 2023, but the company is continuing with plans to extend mining through to 2044.

The four mines produced a total of 13.1 million mt of coal in 2019, according to the company.