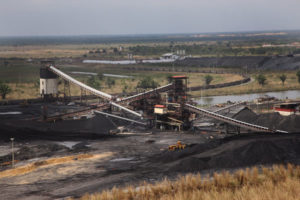 Drummond Ltd. finished 2020 with a production of 29.28 million tons of coal and 29.72 million tons exported. Even though this was a decrease from 2019 levels, the company was still the largest producer and exporter of coal in Colombia.

The company’s production and export levels dropped compared to 2019, with a reduction of 10.3% in the tons of coal produced and 4.4% in those exported, due to a prolonged cycle of low prices in the international coal market, and a forced reduction in operations at the beginning of the health crisis, the company said.

The initial focus in March 2020 was to implement its biosecurity protocols, based on the recommendations of the World Health Organization and the Ministry of Health, to face the COVID-19 pandemic and protect health of employees, their families and the communities in their area of ​​influence, the company said.

“We acknowledge that it was not an easy year,” President José Miguel Linares said. “We overcame serious challenges in the face of a low-priced coal market and a sanitation crisis that hit the whole world.”