Death Toll Rises to 41 for Coal Mine Explosion in Turkey 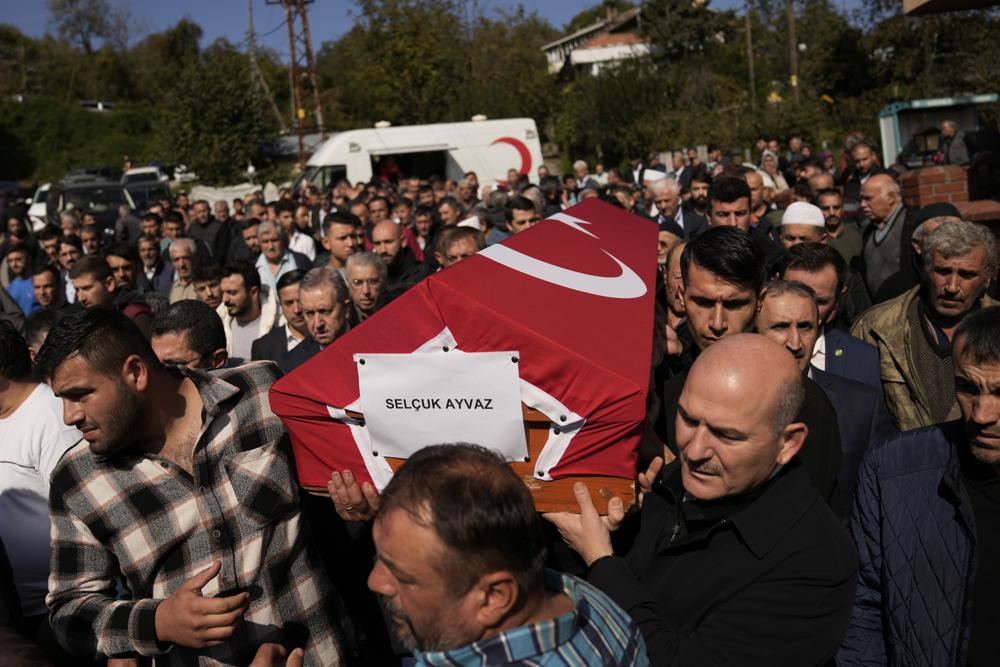 Turkey’s Interior Minister Suleyman Soylu, right, helps a coffin covered with a Turkish flag of one of the miners killed in a coal mine explosion, during his funeral in Amasra, in the Black Sea coastal province of Bartin, Turkey, Saturday, Oct. 15, 2022. (AP Photo/Khalil Hamra)

A mine operated by state-owned Turkish Hard Coal Enterprises (TTK), located near Amasra in the Black Sea province of Bartin, suffered an explosion that took the lives of 41 miners on Friday evening, October 14, 2022. Eleven miners were hospitalized with five in serious condition, according to the Associated Press. A total of 58 managed to survive the explosion.

This was Turkey’s deadliest mining incident since the Soma coal mine fire killed 301 miners in 2014.