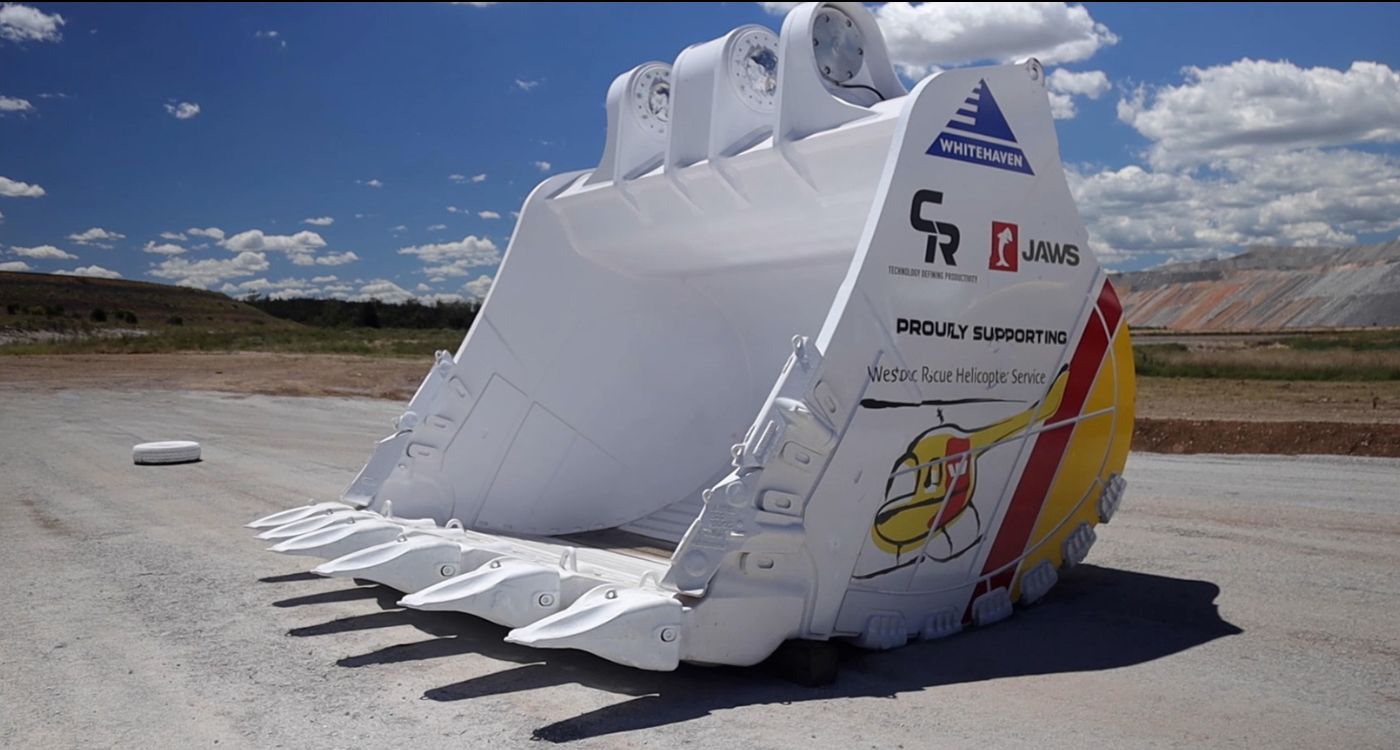 This week CR announced the results of a collaborative development with Jaws of a new bucket, lip, and GET combination for the 800-metric-ton (mt) excavators operating at Maules Creek, which has resulted in a 2.6% increase in bucket payload. Working with the world-renowned design, engineering, and fabrication company Jaws, CR was able to integrate their expertise to find a solution for Whitehaven Coal’s Maules Creek mine in New South Wales, Australia.

Whitehaven Coal found the excavator bucket for their 800-mt class machines was not achieving optimum productivity results. After careful, in-depth analysis of the bucket, lip, and GET performance using CR’s Titan 3330 payload management system, CR was able to collect performance data and work with Jaws to design a bucket, lip, and GET combination that would offer an improved bucket payload of up to 2.6%.

CR’s newly designed SR7046 Stingray cast lip is part of its high-production suite of cast lips compatible with 500- to 1,000-mt excavators. Stingray cast lips are designed to deliver a smoother material entrance and better penetration for an optimum payload which greatly contributes to the uplift in productivity. This project has resulted in a new bucket and lip standard for 800-mt class machines across the globe.

General Manager of Maules Creek Mine, Jorge Moraga, explained the challenge they faced. “We had a low fill factor, and for that reason, we are doing more than four passes to load an ultra-class truck,” Moraga said.

CR was among multiple OEMs who were approached with the challenge, but only CR and Jaws were willing to work closely with Maules Creek to find a collaborative solution.

After careful review, CR found that there weren’t any existing products that would fix the problem. CR’s GM of Product Management, Quintin Nienaber, explained that “the current lips in the market and the current buckets in the market don’t allow for that optimization to happen. So, we worked with Jaws to come up with a scale testing protocol using three or four different bucket sizes combined with the equivalent lips.”

CR used scale testing to simulate scaled-down, real-world scenarios validating and testing designs in a way that’s time and cost-efficient. CR can get results quickly and confidently without putting mine site operations at risk. The results identified the optimum bucket design and lip design to suit this particular application with the hope of mirroring the results in the field.

CR and Jaws’s hopes were realized when the new bucket and lip combination was applied to Maules Creek mine’s EX8000 excavator. Productivity was immediately boosted just by switching the buckets.

Not only did the bucket and lip combo deliver increased payload as intended, but another surprising outcome produced added benefits for the NSW coal miner.

“The interesting part about this particular comparison of the old bucket vs the new was that the fill energy for the new lip actually reduced by 14% per ton,” said David Polkinghorne, CR’s Mining Analytics Manager.

Mark Irwin, Maules Creek Mines Maintenance Manager, agrees and says that when we minimize the energy during bucket fills, “…the maintenance in the bucket is the same but where we will see a benefit is most definitely in the fatigue up through the front of the machine.”

Maules Creek has been so pleased with the outcome that they have now fitted the new bucket and lip combination across the rest of their full EX8000 fleet.

U.S. Mining Fatalities in 2018 Were Second Lowest on Record

Celebrating Miners and Their Determination