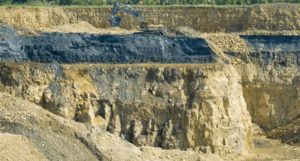 Mining3 has been developing a measurement while drilling (MWD) system that detects the top of a coal seam while routinely drilling blast holes. (Photo: Mining3)

CR Digital and Mining3 have established a partnership with the next phase of development in Top of Coal technology. With support from the ACARP (Australian Coal Industry’s Research Program), Mining3 has been developing a measurement while drilling (MWD) system that detects the top of a coal seam while routinely drilling blast holes.

The announcement comes after promising new results were delivered from the most recent trial in Queensland’s Bowen Basin in Australia, where the technology was tested over 12 weeks and collected downhole data from more than 250 blastholes.

During the drilling process, the detection system uses resistance measurements ahead of the drill bit to detect approaching coal in real-time, according to the company. It has the ability to stop drilling before it reaches coal or at a minimum standoff distance. This could increase coal production by reducing blast damage to the upper seam, the company added. The system could also recognize strata and map it during routine blast hole drilling. The system can also be retrofitted to a standard rotary blasthole drill rig.

CR Digital, a mining technology company, and part of the global CR Group is now working with Mining3 on the commercialization of the technology, and the integration of the Top of Coal technology into their technology portfolio. Together, CR Digital and Mining3 see potential for the technology to be an extension to the Thunderbird 1110 and StrataSense products within the CR Digital portfolio. Collectively, this agnostic range can be retrofitted to any rotary air blast drill rig and is intended to build on the StrataSense capability of CR Digital, to compile a 3D understanding of the bench and coal seam in real-time.