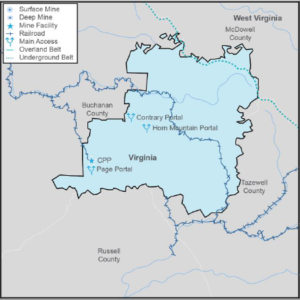 Virginia Governor Glenn Youngkin announced that Coronado Global Resources Inc., a leading metallurgical coal producer, plans to expand in Buchanan and Tazewell County. The company’s commitment of $169.1 million toward this effort will increase capacity at its Buchanan Complex to meet the growing demand for metallurgical coal. Coronado has developed both a retention and growth strategy with the Virginia operation, creating 181 new jobs paying above the average prevailing wage over four years.

“Coronado Global Resources’ major expansion is a win-win, creating 181 high-paying jobs in the resilient Buchanan community and increasing Southwest Virginia’s production of an essential component for the steel industry,” said Youngkin said. “We value our long-term corporate partnership with Coronado and look forward to the economic benefits that will stem from this tremendous announcement.”

“Coronado’s worldwide operations produce the highest quality metallurgical coal used in steel making,” said Gerry Spindler, CEO of Coronado Global Resources. “We are committed to our Buchanan operation in Virginia and see great potential for capitalizing on the growing demand for steel not only for construction and transportation infrastructure but also renewable energy component parts.”

The Virginia Economic Development Partnership worked with Buchanan County, Tazewell County, and InvestSWVA to secure the project for Virginia. Governor Youngkin approved a $3,525,000 grant from the Commonwealth’s Opportunity Fund to assist both counties with the project. Funding and services to support the company’s employee training activities will be provided through the Virginia Jobs Investment Program. 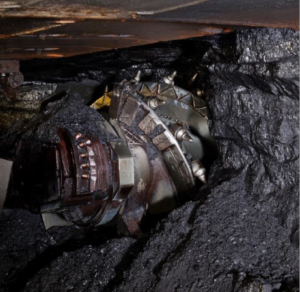 “Coronado’s additional investment in its Buchanan operation and its skilled workforce demonstrate a commitment to ensuring Virginia remains the energy capital of the East Coast,” said Senator Todd Pillion, co-chair of InvestSWVA. “Our team is proud to have partnered with Coronado’s executive leadership in a retention and growth strategy that will supply the world’s steel manufacturers with the highest-quality met coal available in the global market.”

Coronado Global Resources’ operations are located in two of the largest and most productive metallurgical coal basins in the world; the Bowen Basin in Queensland, Australia, and the Central Appalachian region of the U.S., servicing customers throughout the Asia-Pacific, Americas, and Europe. Coronado’s two U.S.-producing mine complexes are the Buchanan Mine Complex in Buchanan County and the Logan Mine Complex located in West Virginia. The Buchanan Mine Complex first commenced production in 1983, with longwall mining beginning in 1987; it is the largest metallurgical coal mine in Virginia. Coronado employs nearly 600 at the Buchanan facility.