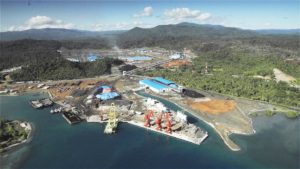 Risun Investments, a subsidiary of China Risun, enters into a JV agreement with Tianjin Xintiangang and Stephanie Development, where the three parties will establish De Tian Coking in the Morowali Industrial Park in Sulawesi, Indonesia.

China Risun Group Ltd. recently established a joint venture (JV) to invest $830 million and construct a coking project with an annual capacity of 4.7 million metric tons (mt) in Indonesia. The group said it is expanding its business overseas for the first time.

Risun Investments, a subsidiary of China Risun, entered into the JV agreement with Tianjin Xintiangang and Stephanie Development, where the three parties will jointly establish De Tian Coking, which will invest in the construction of the coking project in the Morowali Industrial Park in Sulawesi, Indonesia. Risun Investments will subscribe for $59.52 million, representing 24% of the registered capital of the JV. In addition, Risun Investments may also provide a shareholder loan up to $285 million to De Tian Coking if De Tian Coking is not able to obtain external financing for the project.

Under China’s Belt and Road Initiative, dozens of large-scale metal smelting enterprises have or will have business establishments in the Morowali Industrial Park and the company expects the demand for coke to be enormous in the future. With this transaction, China Risun said it can further reinforce its leadership position as an independent producer and supplier of coke.