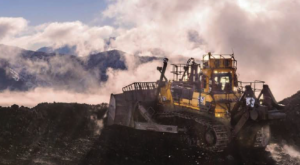 Teck Resources reported increased metallurgical coal sales to China for the fourth quarter of 2020. These sales have been at higher pricing levels compared to markets outside China. Estimated total fourth-quarter sales remain within Teck’s existing guidance of 5.8 million to 6.2 million metric tons (mt), with approximately 20% of these sales now to Chinese customers.

Pricing in China for Teck’s met coal started to increase around the middle of the current quarter when a large portion of our overall sales were already concluded. Additional spot sales to China were concluded gradually as the price was rising and achieved an average premium in excess of $35/mt above Australian FOB spot pricing at the time each sale was concluded.

The company explained its contract sales to Chinese customers are also priced on the basis of CFR China price assessments. The most recent three cargos were sold at prices between $160/mt and $165/mt CFR China. In a declining coal price environment, Teck’s realized coal price relative to benchmark would normally be lower than the long-term average of 92%. As a result of these recent sales at premium prices, however, the company is estimating that Q4 realized price will reflect that long-term average of approximately 92% despite the price drop for markets outside China where the majority of Teck’s met coal is sold.

The company also mentioned it had detailed discussions with customers regarding 2021 sales and is restructuring its sales book to target 2021 sales to China of approximately 7.5 million mt. They also warned investors that these sales are subject to a range of risks including general market and economic conditions, general and specific port restrictions, Chinese regulation and policies, and normal production and operating risks. They are planning to sell those 2021 tons at CFR China pricing, which currently reflects a premium to Australian FOB spot pricing of approximately $50/mt.

U.S. Mining Fatalities in 2018 Were Second Lowest on Record