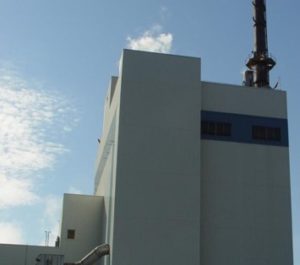 The Panther Creek power plant in Nesquehonig will be the second facility for the company and generates 80 megawatts. (Photo: Stronghold)

Stronghold Digital Mining, a cryptocurrency mining company, has a contract to purchase a second power plant in Pennsylvania.

The Panther Creek power plant in Nesquehonig will be the second facility for the company and generates 80 megawatts (MW). It already owns the Scrubgrass plant in Scrubgrass Township, Pennsylvania. This would create a total net capacity across its two plants of 165 MW.

The company said it raised $74 million in lease financing to fund the acquisition. Of the $74 million, $40 million came from WhiteHawk Capital Partners, a private credit investment manager, and the remaining $34 million is from Arctos Credit.

The Pennsylvania company converts waste coal into power used to mine bitcoin and other cryptocurrencies. The company estimates that for each bitcoin mined, 200 tons of waste coal is eliminated.

According to Stronghold CEO Greg Beard Beard, “Simply put, we employ 21st-century crypto mining techniques to remediate the impacts of 19th and 20th-century coal mining in some of the most environmentally neglected regions of the United States.”

Production Halts at Donkin Coal Mine