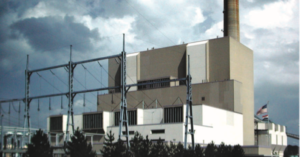 On February 28, 2022, Ameren Missouri notified MISO that it planned to suspend operations at Rush Island Nos. 1 & 2, beginning on September 1, 2022. MISO’s evaluation concluded that the proposed retirement of the Rush coal-fired units would cause reliability issues for which mitigations are unavailable. As a result, MISO designated Rush Island Nos. 1 & 2 as System Support Resource (SSR) Units until such time that an appropriate alternative solution can be implemented to mitigate reliability issues.

While limited new renewable generation facilities (wind and solar) are currently planned in the local area, they cannot support the transmission system in the wake of loss of 1,195 MW, MISO said.

To take Rush Island Nos. 1 & 2 offline, significant improvements would need to be made to the transmission and distribution system, including four major transmission projects, which cannot be accomplished before June 1, 2025, assuming the Missouri Public Service Commission would approve the investment.