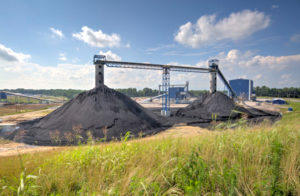 After ceasing coal production at its mining complexes due to the coronavirus pandemic, Alliance’s operations have now resumed, including at Gibson South (above). (Photo: Alliance Resource Partners)

Alliance Resource Partners resumed underground coal production in May at the River View and Warrior mines in the Illinois Basin (ILB) and subsequently at each of its remaining mining complexes: Gibson and Hamilton in the ILB and MC Mining in Appalachia, according to its second-quarter earnings report. “All seven of our mining complexes are now producing coal,” Chairman, President and CEO Joe Craft said. “However, several of these mines are running at less than capacity due to a limited spot market in the U.S. and a seaborne market that continues to be sub-economic for U.S. production.”

“We expected the energy demand destruction caused by the COVID-19 pandemic to negatively impact our results for the second quarter,” Craft said. “For the first half of 2020, coal-fired generation in the eastern U.S. declined 33% compared to the same time period in 2019.”

“While the pandemic continues to create uncertainty in the global economy and suppress energy demand, our customers have indicated their intention to take all tons contracted for this year,” Craft said.

Alliance is currently targeting coal sales of 27 million to 28 million tons for 2020, and at the end of the second quarter, it had sold 12.4 million tons.