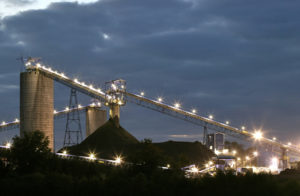 Alliance Resource Partners L.P.’s subsidiary, Gibson County Coal LLC has issued Workers Adjustment and Retraining Notification (WARN) Act notices to approximately 185 of its employees as a result of idling production at the Gibson North mine.

“A substantial portion of production from the Gibson Complex has been dedicated to supplying the international coal markets,” said Joseph W. Craft III, chairman, president and CEO. “The export markets have deteriorated over the last seven months and have contributed to an over-supplied domestic market.”

Craft said they anticipate markets will improve, but the time table is unknown. “Until conditions improve, this production response at the Gibson North mine allows ARLP to adjust volumes from the Gibson Complex to meet current demand expectations at the lowest cost possible,” Craft said. “While market conditions made this decision necessary, we deeply regret the impact of this action on our employees, their families and their communities.”

The Gibson North mine produced this year approximately 1.7 million tons of coal through October 31. ARLP said it does not expect the idling of Gibson North to have any impact on its previously announced earnings guidance, including 2019 full-year ranges for coal production of 40.1 million to 40.4 million tons and coal sales volumes of 39.1m million to 39.5 million tons.