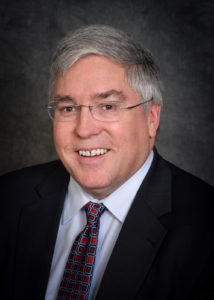 On April 29, 19 states, led by West Virginia Attorney General Patrick Morrisey, petitioned the U.S. Supreme Court to review the U.S. Court of Appeals for the District of Columbia Circuit’s decision to vacate former President Donald Trump administration’s Affordable Clean Energy (ACE) rule. The ACE rule set guidelines for states to use in setting standards for greenhouse gas emissions from electric utilities based on efficiency improvements that can be made at individual generating units. The ACE rule replaced the Clean Power Plan (CPP).

In its ruling, the court of appeals said the Clean Air Act (CAA) gave the U.S. Environmental Protection Agency (EPA) more than enough authority to adopt the CPP, suggesting that the statute might support an even broader program.

According to Morrisey, the ruling would give the EPA “virtually unlimited authority to regulate wide swaths of everyday life with rules that would devastate coal mining, increase energy costs and eliminate countless jobs.”

In their petition, the states argued the “ancillary” statutory provision underlying both ACE and the CPP did not authorize the EPA to issue a rule to force fossil fuel-fired utilities to reduce operations and subsidize an expansion of renewable energy. That kind of authority, argued the states, requires Congressional input, which does not exist in the CAA. The petition also argued the statute only authorizes the EPA to impose control measures that can be implemented at an individual stationary source of emissions (like those in ACE), and that the EPA cannot impose measures that require the involvement of multiple sources, and even non-emitting facilities, to comply.

West Virginia was joined by the attorneys general of Alabama, Alaska, Arkansas, Georgia, Indiana, Kansas, Louisiana, Missouri, Montana, Nebraska, Ohio, Oklahoma, South Carolina, South Dakota, Texas, Utah, and Wyoming, as well as by the governor of Mississippi. The National Mining Association said it will be submitting a brief supporting the states’ petition for review.

Separately, the state of North Dakota and other parties are expected to file similar petitions for review, which may address whether the EPA is precluded from adopting any performance standards for greenhouse gases from electric utilities because it has already regulated the industry under a program known as the Mercury and Air Toxics Standards.

Back in 2016, Morrisey led a lawsuit over the former President Barack Obama administration’s CPP. The Supreme Court stayed the rule in 2016, but litigation was put on hold when Trump assumed office.