“The employees of Sufco are very deserving of this recognition for their hard work and dedication to workplace safety,” said John W. Eaves, president and COO, Arch Coal. “In addition to a perfect safety record, Sufco also achieved a perfect environmental record during 2010. Sufco achieved Arch Coal’s Perfect Zero and received the Arch Coal President’s Award for such high performance levels last year.”

Canyon Fuel Co., a wholly-owned subsidiary of Arch Coal, is Utah’s largest coal producer and a large, state employer with a workforce of approximately 800. Canyon Fuel’s Sufco mine is located near Salina, Utah, and employs more than 385 people. Sufco sold more than 6 million tons of low-sulfur coal in 2010. In addition to the top RMCMI safety award, Sufco earned a statewide safety award from the Utah Mining Association. 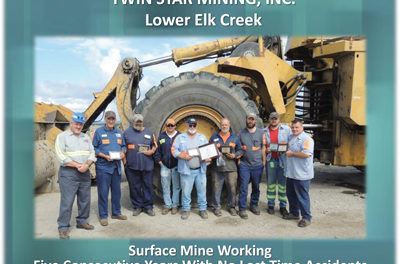